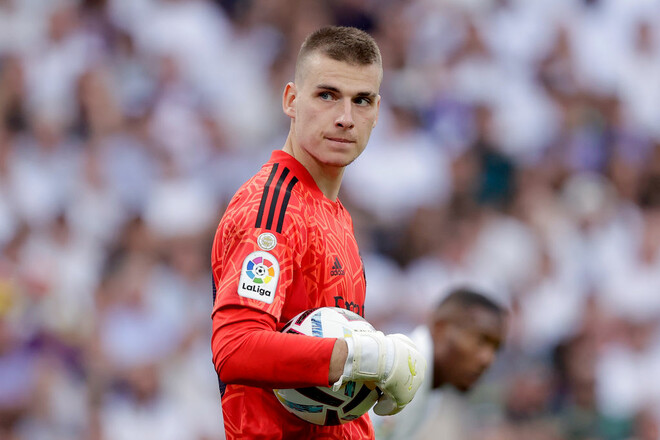 Ukrainian goalkeeper of Real Madrid Andrey Lunin in the near future he will hold a meeting with the leadership of the Madrid club, after which the issue of signing a new contract with the “creamy” should be decided. The Ukrainian is reported to be happy at the club.

Note that on Sunday Lunin fully played the first El Clasico in his life. This season it was the fifth match for the Ukrainian, who replaces the injured Thibaut Courtois.

After the fight, Lunin declared that he was the happiest man in the world.

The Ukrainian’s employment agreement with Real Madrid is valid until the summer of 2024.

KOSTIUK: “I hope that because of the war my career will not end faster”

Vyacheslav GROZNY: "I am optimistic about the upcoming Euro qualifiers"

Coach Derevyanchenko: "Usyk and Fury can beat in class"

The scandal around Disco Elysium continues: the former creative director of the game sued the studio ZA / UM

To a brighter future for Twitter, Elon Musk is ready to lead only notorious workaholics