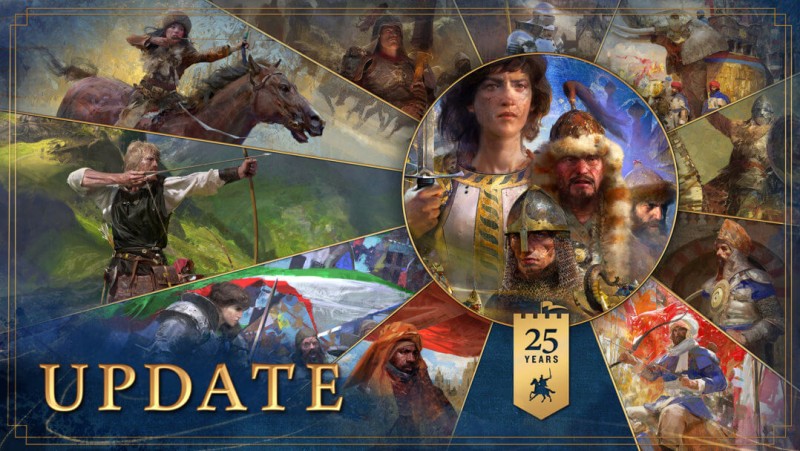 Age of Empires IV: Anniversary Edition was announced alongside the Season 3: Anniversary update, both with the same release date of October 25, 2022 or next week, on PC and available via Game Pass.

As for the Anniversary Update, there will be various new content for Age of Empires IV Season 3, which will of course be included in the new Comprehensive Edition. Among them are:

2 new civilizations: Ottomans and Malians, both with their own challenges, skills and goals in the art of war. The start of Ranked Season 3 with the introduction of Team Ranking and various new rewards. The ability to use provocations against enemies, as well as the introduction of Cheats to change some game parameters 8 new maps, as well as 2 new biomes. Naval battle rebalancing with new capabilities in this area. Intermediate markers to determine the routes that units should follow on the map.

Also on October 25th, in conjunction with the launch of Age of Empires IV: Anniversary Edition and the Anniversary Update, World’s Edge will be hosting a live presentation with “announcements, interviews, and some surprises.”

Among the latter, there may also be some information about the console version of Age of Empires IV, which has long been rumored to come to Xbox, but which there is still no official information about.