Ambitious projects to develop orbital solar power plants exist in all countries with their own space programs. Eight times more energy can be extracted from every square meter in orbit than on Earth, and this happens 24 hours a day without breaks for the night. Scientists at the California Institute of Technology intend implement its project in December by launching the first prototype of a solar power plant into orbit. 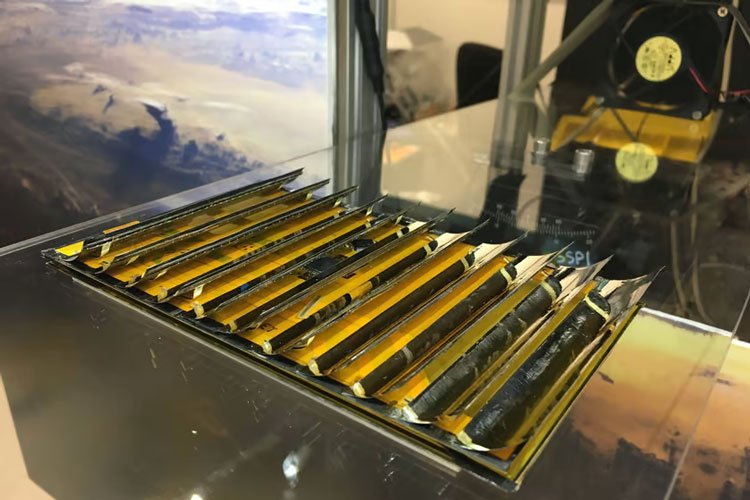 The Caltech project kicked off with a record donation in 2013. Donald Bren, Chairman of the Board of Directors of the Irvine Company, donated a little more than $100 million to the orbital solar power plant program. In 2015, Northrop Grumman poured funds into the project, allocating $17.5 million to the institute.

Development was carried out in three directions. One group of scientists developed ultra-light solar cells, another created ultra-light and efficient converters of electric energy from batteries into microwave radiation, and the third group designed the structure of solar fields for launching into space, taking into account the limitations of modern launch vehicles.

Now all three projects are embodied in one prototype, which will soon be sent into orbit. The solar cells built by the first group promise 50 to 100 times better power-to-weight ratio than current satellite solar panels, including the latest on the ISS.

The second team presented ultra-light, miniature and inexpensive equipment for converting direct current from solar panels into an RF signal for subsequent transmission to Earth. The solution guides it through signal phase manipulation, promising the highest accuracy and speed. 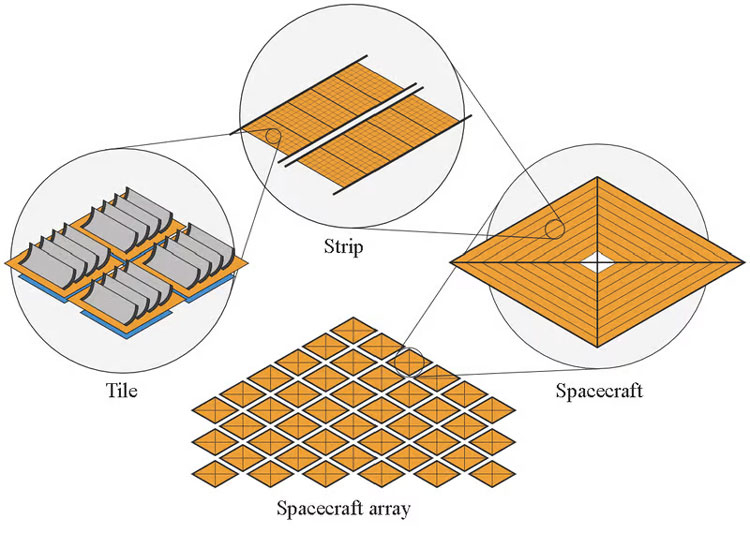 The panel itself is made in the form of a 10 cm2 tile. One module contains both double-sided solar cells and a module for converting to an RF signal. The weight of one module is only 2.8 g. The modules are assembled into strips 2 m wide and up to 60 m long at the longest part of the solar farm. A square with sides of 60 m is created from the ribbons, and the field itself for sending into space is folded into a very compact shape – almost like origami. From such squares it is supposed to assemble solar farms in an orbit with an area of ​​9 km2. In orbit, the fields will independently turn into squares, the mechanism for which is also invented and it is very light – about 150 g per m2.

Scientists are considering two orbit options for their solar orbital farms – a geosynchronous one with a constant direction to one receiving station on Earth and a lower orbit, which is less costly in terms of launch costs, but with several “roaming” stations in orbit with receiving stations dispersed around the Earth. The latter option seems to be preferable. Five solar farms in medium orbit would require 39 launches and provide between $1 and $2 per kilowatt-hour. This is 10 to 20 times more expensive than the average cost of one kilowatt-hour of electrical energy in the United States today, but from the point of view of environmental cleanliness, the effect promises to be significant.

Nintendo Podcast #206: The Mario Movie is going to be great!

FlatOut – in the classic test (PS2)