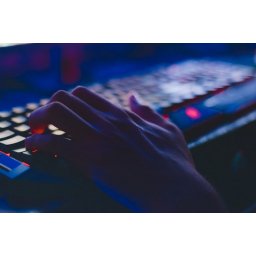 Scientists at the University of Glasgow, Scotland, have developed a system that they claim is a new type of cyber security threat they have dubbed a “thermal attack”.

According to them, the drop in the cost of thermal imaging cameras that detect heat and advances in machine learning have made an attack that aims to guess passwords that the target of the attack types on the keyboard, up to a minute after they are typed, more feasible.

Mohamed Hamis led the development of the ThermoSecure system, which uses a thermal camera to identify which keys an attack target has touched, then guesses passwords and PINs entered via keypads and ATM keypads.

In a press release in which they published their findings, experts described a possible attack scenario.

A passerby wearing a thermal camera can take a picture of the keyboard, which reveals the heat signature of places recently touched by fingers.

“The brighter the area on the thermal image, the more likely it was touched. By measuring the relative intensity of the warmer areas, it is possible to determine the specific letters, numbers or symbols that make up the password and evaluate the order in which they were used. Attackers can try different combinations to guess user passwords.”

The researchers claim that they can even guess passwords longer than 16 characters with a 67% success rate within 20 seconds.

And there’s bad news for those who type slowly and enter their passwords more slowly as they search for the right key to press. According to the researchers, those who keep their fingers on the keys longer create heat signatures that last longer.

Hammis believes it is “very likely” that criminals are developing password-stealing systems similar to ThermoSecure.

“Thermal imaging cameras are more affordable than ever – they can be found for less than £200 – and machine learning is also becoming more accessible,” he said.

Photo by Soumil Kumar from Pexels

PS Store, not just Halloween: the Offer of the Week is available on PS4 and PS5

LEGO promo: €140 off for the biggest Star Wars set!

God of War Ragnarok: all crafting materials and where to find them

The first beta testing of the shooter First Descendant has started