US authorities will allocate $ 2.8 billion for the development of local production of batteries for electric vehicles

The US administration on Wednesday said it would provide $2.8 billion in grants to projects to expand U.S. production of batteries for electric vehicles, as well as to extract the minerals needed for this production. 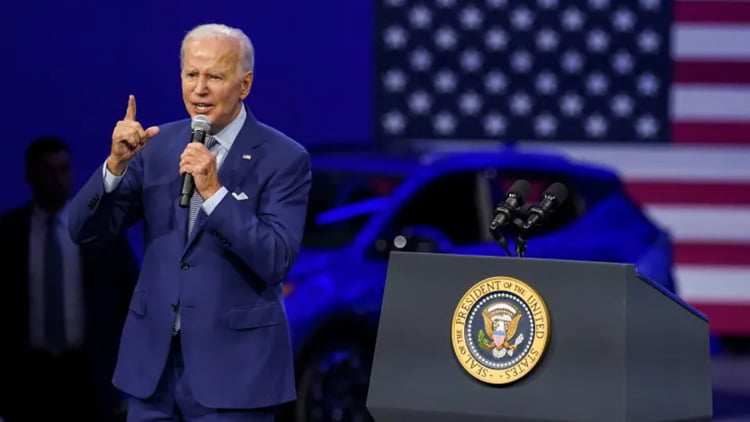 “Currently, virtually all lithium, graphite and nickel for batteries, electrolyte salt solutions, electrode binders and iron phosphate cathode material are produced overseas, mainly in China, which controls the supply chains of many of these key resources,” the news release states. White House Bulletin.

The grants, which will be funded under the president’s $1 trillion bipartisan Infrastructure Act, will enable U.S. manufacturing and recycling companies in at least 12 states to mine and process more lithium, graphite, nickel and other materials used in battery manufacturing.

“Producing advanced batteries and components directly in the US will accelerate the transition from fossil fuels to meeting high demand for electric vehicles, creating more well-paying jobs across the country,” Energy Secretary Jennifer Granholm said in a statement.

The White House has set a goal of electric vehicles accounting for half of all new vehicle sales in the US by 2030 and has committed to replacing the federal fleet of 600,000 cars and trucks with electric vehicles by 2035. The Biden administration also came up with a plan to give states $5 billion to fund the installation of electric vehicle chargers on national highways.

Funding is also being provided for the construction of the first large-scale commercial lithium electrolyte salt production facility in the United States and the establishment of an electrode binder facility, which should cover 45% of expected domestic demand for electric vehicle batteries by 2030.

The funded projects will help produce enough lithium, graphite and nickel to produce about 400,000 electric vehicles a year, according to the US Department of Energy.

Marvel's Wolverine comes out on PS5 in 2023, according to Microsoft's document at the CMA

Call of Duty Warzone 2.0: Shortly before the launch – this is the new map