Vyacheslav GROZNY: “I am optimistic about the upcoming Euro qualifiers”

Vyacheslav Grozny: “i Am Optimistic About The Upcoming Euro Qualifiers” 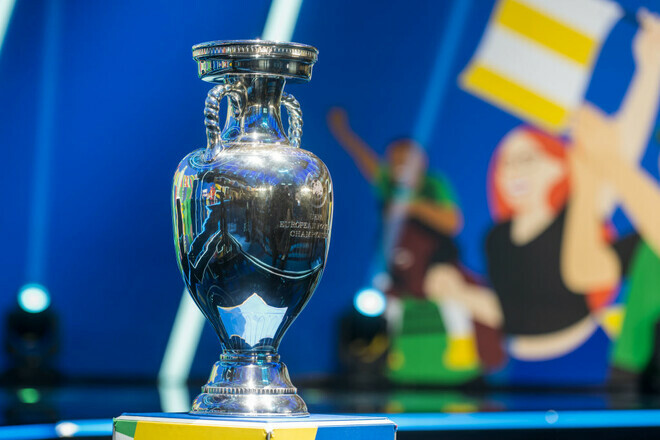 Famous Ukrainian coach Vyacheslav Grozny in an exclusive interview with Aroged, he analyzed the draw for the Euro 2024 qualification, following which Ukraine will play with England, Italy, North Macedonia and Malta.

– Vyacheslav Viktorovich, what are your first emotions in general from the draw?

– In order to have an acceptable lot, an appropriate rating and results are required. Winning your group in Division B of the League of Nations and moving to the top division would automatically guarantee this for us. Ukraine would then be in the second, not in the third basket. But that’s history. I look at ten groups and by and large, without offending any team, I see only two top pairs – these are the Netherlands-France (quartet B) and Italy-England (quartet C). In all others, if you call a spade a spade, the situation is different. Here in group A Spain and Scotland, in group D Croatia and Wales, and then Poland-Czech Republic, Belgium-Austria, Hungary-Serbia, Denmark-Finland, Sweden-Israel and Portugal-Bosnia.

– Are you optimistic about the chances of the Ukrainian national team here too?

– Naturally, we can say that in groups B and C, the tandems of the first two teams are the strongest. Ukraine, unfortunately, fell into one of these. Nobody wanted to be in these groups. But we hope that we will still play at the European Championship. By the way, we are “lucky” in terms of being in groups with giants. And we should get used to it by now. Or, due to the result, you need to increase your rating and get into the first basket.

– In your opinion, Ukraine often comes across strong opponents following the results of the draw?

– Let’s remember. Judge for yourself! In the Euro 2016 qualification we were in the same group with the Euro 2012 champions Spain, in the Euro 2020 qualification we were in the same quartet with the Euro 2016 champions Portugal. By the way, we played successfully against the Portuguese, having played 0:0 away and won 2:1 at home. And in qualifying for the 2022 World Cup, we played in the same group with the winner of the 2018 World Cup, France, and twice drew 1-1 with them. We were in the Euro 2024 qualifying group along with the champion and finalist of Euro 2020 Italy and England. In my opinion, games with the strongest European teams give an incentive to both the players and the coaches. Fans are interested in such fights. Footballers tend to play in the top leagues, so successful games for the national team are the main catalyst for their skill and invitation to serious clubs.

– Do you think Ukraine has something to hope for in the group with England and Italy?

– The Italian and England teams, along with the positive, now have too many negatives and a number of significant problems. What? Ask yourself a question. And you will be quite surprised! Champions of Euro Italians didn’t get on the World Cup in Qatar, having lost in the home field North Macedonia 0:1. And the British were relegated from the top division of the League of Nations to Group B, finishing last in their quartet. Do you think this is a coincidence? I will try to prove to you that this is not so. For example, Portugal, after winning Euro 2016, lost to Uruguay (1:2) at the 2018 World Cup in the 1/8 finals. And at Euro 2020, the Portuguese lost to Belgium in the 1/8 finals (0:1). France after winning the 2018 World Cup lost in the 1/8 finals of Euro 2020 in a penalty shootout to the Swiss. As for the Portuguese, I can say that they had big problems getting into the World Cup in Qatar, as they finished second in the qualifying group, ahead of Serbia. In the final of the playoffs of the 2022 World Cup qualification, everyone saw a pair of Italy – Portugal. No one could predict the outcome of this confrontation, except for North Macedonia, which unexpectedly beat Italy, and thus opened the way for the Portuguese to the World Cup. The Portuguese, after defeating the Turks (3:1), beat North Macedonia (2:0) and reached the World Cup.

– Due to what Ukraine can compete with the British and Italians?

– Here, for example, France took the silver of Euro 2016, the gold of the World Cup 2018 and the League of Nations Cup 2020. But then at Euro 2020, as I said, after a 3-3 draw, they lost in a penalty shootout to Switzerland. This year, in their group of the League of Nations, the French took the penultimate place, ahead of Austria only in the final round by one point. They won only one victory over the Austrians. France miraculously did not leave the top division of the League of Nations. So what do you think? In my opinion, this is natural. Why? Because after the most serious successes and winning cups, a natural decline follows, most likely associated with the emotional and psychological component (“batteries are low”). People are not robots, they are emotionally emasculated. You can’t recharge them right away. It takes time, patience, joining the national team hungry for the victories of players and young talents. And it is very difficult for coaches to make adjustments, because the previous work brought the maximum result. Therefore, our rivals in the group, Italy and England, today have approximately the same condition.

– Do you think it’s normal that the finalists of the last Euro were in the same group in the qualification?

– The winners of the last Euro, the Italian team, in the euphoria of success, managed to lose at home in qualifying for the North Macedonia World Cup. But I want to repeat my thesis that the winners of any tournament should automatically get a ticket to the final part of any competition. The European Champion and the World Champion must play in the final part of the Euro and World Cup. They do not have to prove anything in the selection, as they have already won the championship. I believe that this aspect should be corrected in the near future. But Italy has been entered into the draw and must fight in qualifying to qualify for the Euros and defend their title. All this is wrong. And not only because in the same group there were two finalists of the Euro, the British and Italians, in the fight against which our team will have to get the coveted ticket. For example, in our place in the event of our victory over Scotland, and, consequently, winning the group of the League of Nations, it would be just the Scots. They would play with the Italians and the British. And we would be in Group A behind the Spaniards.

– What do you think, what are the problems of the England team? What should the coaching staff of the Ukrainian team pay attention to?

– We already know that on March 26 we will start with an away match against England, which also has a rather difficult period after the Euro. They were relegated to Division B of the Nations League. There is also the most severe criticism of the team, the coaching staff and calls to change Southgate for another coach, which cannot go unnoticed. We must not forget about attracting a very large group of young players, which takes time and patience. The British have a large group of talents in the creative aspect. They have playing practice in their clubs and it is desirable for the national team coaches to try to play in the team. Who is it? First up, Man City’s 23-year-old Phil Foden! And also this jet guy from London Arsenal Bukayo Saka and Mason Mount from Chelsea. Also Declan Rice from West Ham, Jude Bellingham from Borussia Dortmund! A group of young talents has grown up, but there are also many experienced players in England. Both of them are very strong players. And it’s not easy to put them together.

– What do you think about Italy?

– The Italians are also undergoing serious personnel changes. This is due to the departure of a number of long-term leaders and the very frequent rotation of the national team based on Serie A games. The Chiellini-Bonucci defender pair has been indispensable for many years. But Italy will have to create a new pair of centre-backs. For Italy, God forbid, it is important that they are persuaded to stay in the Bonucci team. But these are their questions, because Leonardo means too much to them. It means a lot to Ukraine, for example, Stepanenko, Yarmolenko and other experienced guys. Everyone wants leaders to play. The Italian national team flew past the World Cup, and therefore the slightest mistake in the selection of the Euro can cost the chair of Roberto Mancini. And the Italians, by the way, again play with the Macedonians. This is just in case! And I don’t rule anything out. It will no longer be possible to ride on the old game luggage, as new performers are added and new ideas are needed. And they cannot appear by magic. Yes, there are backbone players – goalkeeper Donnarumma, central defender Bonucci, if he is persuaded to play, dispatcher Jorginho, Verratti, Barella, Immobile. Mancini, seeing that after the Euro for a year and a half there are problems in attack, gives a chance to a large group of forwards. There is a chance for Napoli representatives Raspadori and Politano, Skamacca from West Ham, as well as other guys. But the Italian national team still scores very little and not always the attackers do it. Personally, I am most impressed by the progress of the 23-year-old Nicola Zaniolo from Roma under the leadership of José Mourinho. In any case, the Italians are great professionals, well trained tactically. And now, after all the vicissitudes, they are hungry for victories.

– And yet, what is your prediction for Euro 2024 qualification?

– Very interesting matches are waiting for us. And our team is competitive. Young people are growing and progressing very quickly. We see this in UPL and European Cup matches. They constantly get a huge, serious practice and look decent. I am personally optimistic, as always, looking at the upcoming Euro qualification and believe in success!

Coach Derevyanchenko: "Usyk and Fury can beat in class"

Due to lack of demand, Apple decided to reduce the production of iPhone 14 Plus

An electronic “tattoo” on the palm will track stress

Maxim PRYADUN: “If I keep scoring, I can hope for Petrakov’s challenge”