Nerubians are an ancient alien race of spiders with roots dating back to the Black Empire. With WoW Wrath of the Lich King Classic, the Nerubians are back at the center of WoW history for a short time. But where do they come from? And what role do they play in the war against the Lich King? To refresh players’ memories, Blizzard released an exciting video a few days ago in which WoW fan PlatinumWoW briefly explains the story of the Nerubians.

The Old Gods and the Black Empire

When Azeroth was young, the Old Gods ruled the planet. These ancient and gigantic creatures are descendants of the Void Lords, those mysterious beings who have sought to corrupt the entire universe and devour all life since the dawn of time. The Old Gods that landed on Azeroth eons ago were Y’Shaarj, Yogg-Saron, C’Thun, and N’Zoth. 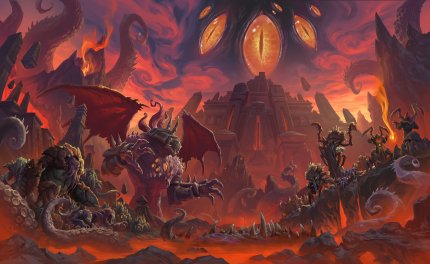 Part of the Aqir and the Black Empire survived in N’Zoth’s nightmare realm, Ny’alotha. Source: Blizzard After their arrival, the Old Gods divided the primeval continent of Kalimdor among themselves and founded the Black Empire. From their own flesh and blood, they created the insect race called Aqir. To pay homage to their creators, the aqir built gigantic temples across Azeroth, where their priests sacrificed countless mortals every day. When the Titans crushed the Black Empire and imprisoned the Old Gods, most of the Aqir fled and hid deep underground.

Several millennia ago, the aqir made a brief comeback in Azeroth. However, after losing the war against the trolls, the insect people split into three distinct groups – the Qiraji of Ahn’Qiraj and the Mantis of Manti’vess, and the Nerubians of Azjol-Nerub. The ancient Aqir and their culture fell into oblivion. However, a small group of aqir survived in Ny’alotha, the dream realm of the Old God N’Zoth.

Nerubians and the kingdom of Azjol-Nerub

The Nerubians established their kingdom of Azjol-Nerub far to the north, where the influence of the Old Gods was least. They maintained their own culture in which the worship of their creators played only a minor role. Thousands of years after the founding of Azjol-Nerub, a powerful enemy emerged in Northrend. The Lich King and his Scourge conquered the frozen continent and challenged the Nerubian shadow realm. The Viziers of Azjol-Nerub sent their finest warriors and mages to attack Icecrown Citadel and end the Lich King’s madness. The army of the dead greatly outnumbered the nerubians. The War of the Spider was no easy feat for Ner’zhul, however. After all, the nerubians were immune to the deadly plague and dark rune magic. 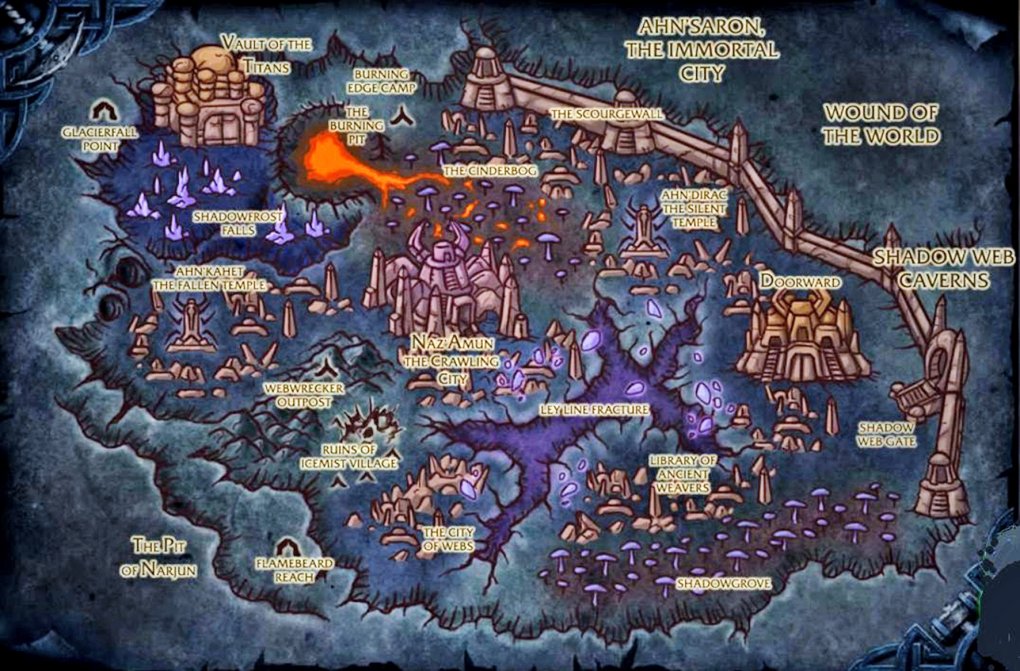 Blizzard wanted to bring Azjol-Nerub into play as its own subterranean area in Wrath of the Lich King. However, nothing came of it. Source: Blizzard

In the War of the Spider, the nerubian spider lords commanded a highly mobile force that could retreat to a subterranean network at any time. Their guerrilla tactics weighed heavily on the Lich King, who was unable to defeat the nerubian army in a decisive battle. Ner’zhul could only win the war with the help of the dreadlords. The Nathrezim invaded Azjol-Nerub with a large Scourge force, destroying the underground passages and temples of the Spider Lords. Among the dead was the legendary king Anub’arak.

WoW: Dragonflight: The Dragon Pack – 7 dragons in a bundle with 65% discount

If you like dragons, you can now buy the dragon pack at the start of WoW: Dragonflight. 7 kites for a manageable €49.99.

WoW Guide: Mining – Tips for the profession in WotLK Classic

Mining as a heroic profession is also a useful job in WoW WotLK Classic – to provide you with ores and make gold!

Though the nerubians were immune to his plague, Ner’zhul was able to raise the corpses of the spider warriors undead and bend them to his will. As a testament to their tenacity and fearlessness, the Lich King adopted the distinctive Nerubian architectural style for his own forts and structures. Though there are few nerubian survivors left in Northrend, they are still trying to exact revenge on the Scourge and reclaim their subterranean kingdom. These nerubians took the name of Voru’kar. They managed to save some eggs that will one day grow into a new generation of nerubians.

Aroged: Oil prices fell to a minimum since the beginning of 2022

PlayStation Plus: Has Sony removed the “expiration dates” of the games in the catalog?

Star Wars The Acolyte: Meet the Series Cast for Disney Plus!