Elon Musk says Tesla could soon be worth more than Apple, is it really possible?

Currently, Apple is worth 2.31 Tesla. But, Elon Musk is confident in stating that things will turn around. Is he right to believe it? 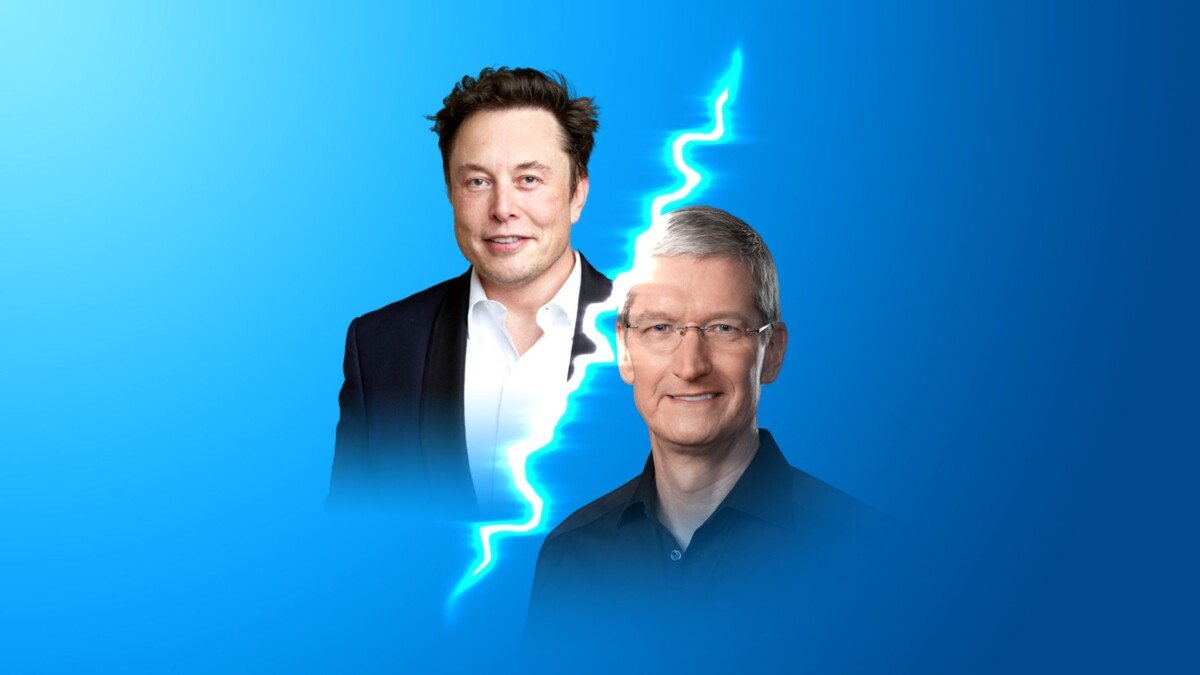 As of this writing, Apple is worth US$2.31 trillion (yes, yes, we spelled trillion correctly) and Tesla is worth $695.76 billion. Apple is therefore worth 2.31 Tesla. Elon Musk took advantage of the announcement of his group’s results to explain that Tesla could soon be worth more than Apple.

To drive the point home, he even invested his money on this position with a share buyback of 5 to 10 billion dollars. A share buyback program consists of a company buying back its own shares at the market price. This is usually a sign that the company thinks its stock is undervalued and is a way to drive up the stock price.

Regarding its latest quarterly results, although Tesla did not meet expected revenue figures for the third quarter of 2022, it exceeded its own profit expectations.

The market is shaken right now

In the current economic environment, shares of major technology groups have fallen in recent weeks. Earlier this year, Tesla’s valuation soared to more than $930 billion, making it (and still is) the sixth largest public company in the world. Apple, meanwhile, is still the biggest company in the world, but its market capitalization had previously reached nearly $2.7 trillion. Tim Cook’s firm was even temporarily overtaken by Saudi Aramco, an oil group.

As you can see, Tesla still has a long way to go to catch up with the iPhone maker. But could the leader of the electric car achieve this soon?

Starting from a much smaller base, Tesla’s market capitalization has grown at a much faster rate than Apple’s over the past decade. The meteoric growth of Elon Musk’s business is not surprising, as it operates in a market that is taking off. Apple, on the other hand, derives almost half of its revenue from the sale of smartphones, and therefore from the sale of iPhones, the market for which has already matured. This market even experiences a significant decline in 2022.

In 2021, electric car sales doubled year-on-year to a record 6.6 million units. The impressive growth continued in 2022, 2 million electric vehicles were sold in the first quarter alone, an increase of 75% compared to the period of the previous year. On the other hand, according to research firm Gartner, smartphone sales increased by 6% in 2021. This small increase brought sales to 1.43 billion devices. In addition, the industry has experienced difficulties in 2022, with declining sales as explained above.

The respective health of the electric car and smartphone markets

The respective health of the electric car and smartphone markets is naturally reflected in the latest results from Tesla and Apple. Tesla’s results continue to rise, thanks to higher margins.

For Apple, we speak rather of stagnation of its turnover and its results. The American company published a turnover of 83 billion dollars for the third quarter, which remains a record, but only up 2% compared to the same quarter of the previous year. Apple therefore registers about five times the income of Tesla, nevertheless the rate of growth of the market is largely in favor of Tesla.

Especially since electric car sales are expected to grow at an impressive rate until 2030. AlixPartners estimates that a third of all cars sold by 2028 will be electric cars, the proportion would increase to 54% by 2035. is also the course that the European Union has set itself to ban thermal cars.

To put that figure into perspective, electric represents 10% of global sales in the first quarter of 2022. With global car sales expected to grow from 85.3 million units in 2020 to 122.8 million units in 2030, Tesla’s addressable market is impressive. Note, however, that Tesla’s market capitalization could currently seem high compared to that of other automotive groups. Indeed, today, it amounts to 4.45 times that of Toyota, which is nevertheless the leader in the sector.

Meanwhile, the global smartphone market is expected to grow 7.6% annually through 2030. This pales in comparison to the expected 29% annual growth in electric car sales through the end of the decade. .

Elon Musk is not wrong to say that

In other words, Tesla is therefore in a solid position to increase its revenues and its margins, at a much faster rate than Apple, and that at least until 2030. Elon Musk therefore did not wrong to say that.

Digital Showcase 2022: Resident Evil Showcase should be around an hour long

Google blunders when it snipes Apple on Twitter using an iPhone

Lukaku could continue his career at Inter

Need to repair an electronic device? This financial boost will help you