EA SPORTS is increasing its commitment to women’s soccer and entering into a partnership with the UEFA Women’s Champions League, among other things.

Electronic Arts is announcing several important initiatives at its Women’s Football Summit dedicated to advancing women’s football and advancing the game both on and off the field.

EA SPORTS has unveiled the Starting XI Fund, a growth fund dedicated to women’s soccer that aims to keep the game moving forward. To get the fund off the ground, EA SPORTS has committed an $11 million investment that will span games, leagues, clubs and athletes to further advance women’s football. 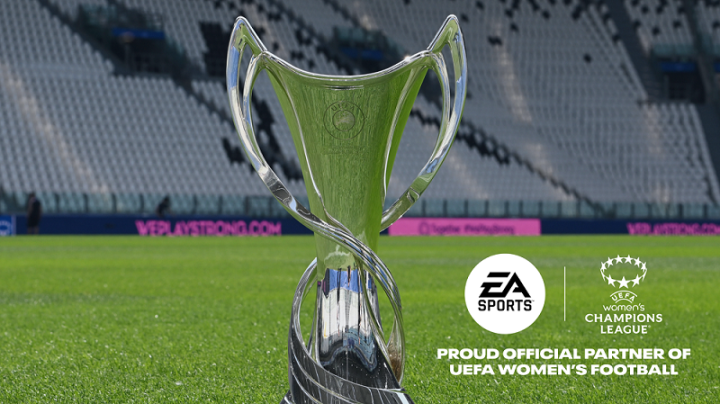 EA SPORTS also announces that beginning in 2023, it will fund a women’s football internship program with each new and existing women’s league partner, designed to inspire and empower young women from diverse backgrounds to get involved in the world of football.

“EA SPORTS is at the epicenter of the global football fan base, and we recognize the role we play in representing and promoting diversity and participation in esports,” said Andrea Hopelain, SVP of Brand, EA SPORTS. “Our commitment goes beyond the pitch, in both the virtual and real worlds. The Starting XI Fund underscores our commitment to unmatched authenticity and representation in our games, and also demonstrates our focus on transforming the future of sport.”

“We are very pleased that the UEFA Women’s Champions League will be integrated into EA SPORTS FIFA 23,” said Nadine Kessler, Head of Women’s Soccer at UEFA. “It is only logical that the best women’s club competition in the world should become part of the world’s leading football simulation game. This is another important step for women’s football and an ideal additional platform for the athletes who contribute to its success.”

It was also announced during the Women’s Football Summit that EA SPORTS has entered into a multi-year sponsorship partnership with DAZN to become the Global Broadcast Partner of the UEFA Women’s Champions League. The partnership begins in March, coinciding with the launch of the UEFA Women’s Champions League in FIFA 23 and the quarter-finals of the competition. EA SPORTS advertising will be featured on all global matchday broadcasts on DAZN and on DAZN’s UWCL YouTube channel. The partnership underscores EA SPORTS’ commitment to providing the best gaming experience to fans around the world.

“We are thrilled to officially announce EA SPORTS as DAZN’s newest global broadcast sponsor of the UEFA Women’s Champions League. This joins a group of like-minded brands investing in the burgeoning women’s football ecosystem,” said Shay Segev, CEO of DAZN Group. “What EA SPORTS is doing to advance women’s football is groundbreaking and we look forward to activating this new partnership to collectively reach, excite and inspire the next generation of millions of fans around the world.”

EA SPORTS recognizes the importance of authenticity and has strived to enhance the game for women. When FIFA 23 launched earlier this year, fans could play with the Barclays FA Women’s Super League and Division 1 Arkema as women’s club sides, with the promise of more updates later in the season.

These partnerships underscore EA SPORTS’ commitment to elevating women’s football. Through the use of HyperMotion2 technology*, the movements of the women in the game are more responsive and realistic than ever before. Dedicated Advanced 11v11 Match Capture combined with machine learning was used to film an 11v11 women’s match in full intensity and deliver match animation reflecting realistic movements.

This summer, EA SPORTS will host the FIFA Women’s World Cup in Australia and New Zealand 2023, giving fans the chance to experience the pinnacle of international women’s football. In addition, Chelsea striker Sam Kerr makes history in FIFA 23 by becoming the first woman to appear on a worldwide cover of a FIFA game. Kerr also participated in the panel discussion at the EA SPORTS Women’s Football Summit: “Driving the Future of the Women’s Game” and spoke about how we can work together to advance women’s football on and off the field.

Silent Hill 2: The recommended PC configs to rediscover the thrill of the Konami classic

aNc Outplayed will participate in the Milan Games Week & Cartoomics 2022