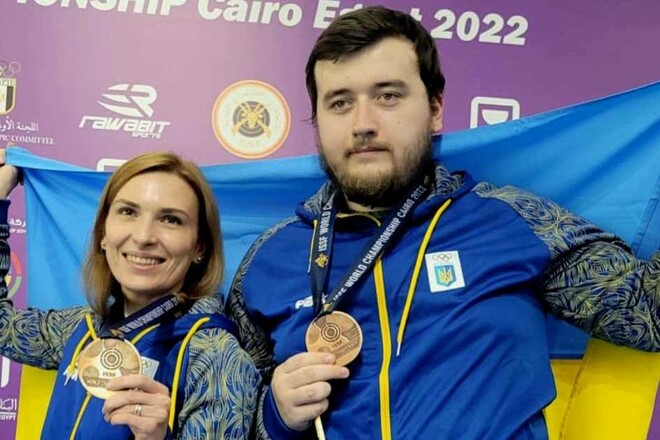 The Ukrainian team won the 6th medal in world shooting championship 2022which continues in Cairo, the capital of Egypt.

Elena Kostevich and Pavel Korostylev became bronze medalists in mixed doubles in shooting from a standard small-caliber pistol from a distance of 25 meters.

For the 24-year-old from Lvov, this is the third medal in Cairo. Earlier, he won personal gold in the same exercise and bronze along with an Olympic license in PP-3.

🇺🇦🔘🏆 We already have the sixth award at the World Shotgun Championship, which is ongoing in the capital of Egypt.