Leonid KUCHUK: “We won due to the strength of mind” 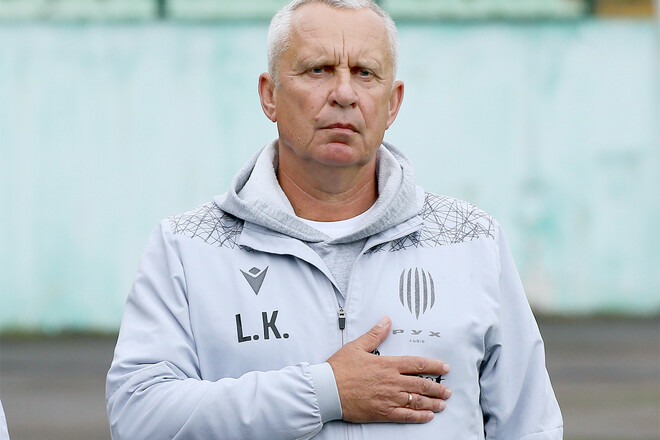 Rukh Lviv head coach Leonid Kuchuk commented on the victory over Vorskla Poltava (1:0) in the match of the 8th round of the Ukrainian Premier League.

“If we analyze the calendar, look at the teams we played against, this is the elite of Ukrainian football. I want to thank the guys for a very good game, it was really difficult. We won due to the fortitude that our players discovered.

Vorskla is a very qualified team, it has very strong players. But we went to Uzhgorod to win. We had a hard time, first of all, in terms of recovery. The opponent had one more day. We did not have such a day for preparation and recovery. That is why this is a huge victory for our guys.

The players of our team played by character. They took two players from the U-19s – for them, by and large, this match was the first in the UPL. The team supported them, and they supported the team. And I also thank the whole team.

Thanks also to the team of referees, they adjudicated very skillfully. Yes, there were enough emotions in the match, and football cannot be without emotions. Thanks also to the opponent, because in such conditions we played the fifth match – with bomb shelters and alarms. Think – the fifth! When you leave the field, then you start all over again. And this, I think, is the victory of all Ukrainian football. I thank everyone for the fact that Ukrainian football lives in this difficult time. Special thanks to the Armed Forces of Ukraine and the Ukrainians for this,” Kuchuk said.

Official: Xiaomi confirms the launch of the Redmi Note 12

Secret chests in A Plague Tale: Requiem - where to find everything

They are “seriously incredible” in Dune, Timothée Chalamet wowed by the talent of Zendaya and Florence Pugh