Marvel’s Midnight Suns: Will there be another loud-mouthed superhero?

With December’s release of Marvel’s Midnight Suns fast approaching, publisher 2K continues to bang the drum. Now a very well-known loudmouth emerges and the question arises: does it also come into play? 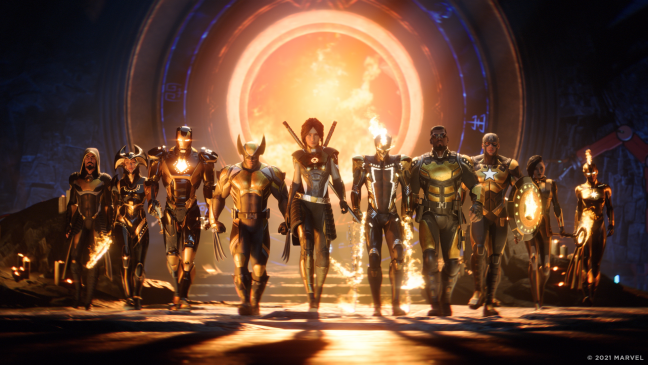 2K Games and Firaxis have spent the last few weeks presenting the superheroes of Marvel’s Midnight Suns in more detail in the form of trailers. But now surprising things are happening on Twitter, because Deadpool has taken over the Marvel’s Midnight Suns channel and also directly changed the bio to “DEADPOOL here! I have taken COMPLETE control of this channel until these nerds put me in their Midnight Suns game. let’s get messy”.

that’s right, POOL-heads! make your voices heard! I, the great Deadpool, must be in Midnight Suns! this LEGENDARY injustice will not stand! ✊ #DeadpoolSuns pic.twitter.com/VAwSXrO0YT

The superhero changed the game’s Twitter handle to #DeadpoolSuns and also posted a video on Twitter to garner fan support for Deadpool’s addition to the Marvel’s Midnight Suns roster. Considering this is happening on the game’s official account, it’s likely that we’ll see Deadpool sooner rather than later in the game.

Wouldn’t be a bad addition to the superhero portfolio, of course, but maybe 2K is just trying to tease us a little.

New Marvel’s Midnight Suns trailer from D23 Expo 2022 and we have a new release date and it’s later this year!

Silent Hill f: a new game that marks a first for the horror saga

The State Duma compiled a list of video games with LGBT characters – they included Assasin’s Creed, The Last of Us, The Sims 3, Overwatch and others