The newly-announced Silent Hill 2 Remake will only appear as a timed exclusive for the PlayStation 5 and PC. After 12 months it will also be released for Xbox.

Sony has secured the “console exclusive rights in time” for Silent Hill 2 Remake from Konami. The game will be released in parallel for PC via Steam. It was also officially announced that the time exclusivity will last a full 12 months.

If you don’t want to believe us, you can read it clearly here in white on blue: 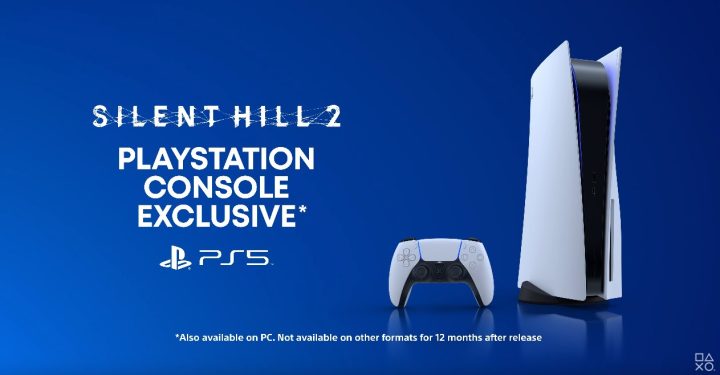 Thus, Silent Hill 2 Remake will be released for the Xbox exactly 12 months after the release for PlayStation 5 and PC.

Silent Hill 2 Remake is developed by Bloober Team, the Polish studio that also developed Layers of Fear, Blair Witch, The Medium and other games.

The official description gives the first details about the story: “After receiving a letter from his late wife, James travels to the place where they experienced so much together in hopes of seeing her again: SILENT HILL.
There, by the lake, he meets a woman who eerily resembles her…”

“My name is Maria,” the woman smiles. Her face, her voice… She’s just like them.

“Experience a masterpiece of psychological survival horror – hailed as the best installment in the series – on the latest hardware, with ghastly graphics and terrifying sound.”

Hello bank! makes you discover its premium account for free (and 80 € are offered)

Srna is right: Mudrik could be worth 100 million, but what did the miner do wrong?