Silent Hill, the fog has lifted over the next projects related to the brand

It thundered so much that then it rained but since there was a lot of sun during the day, the fallen water ended up quickly turning into fog, just to remind us that there really seems to be still room for a few trips to Silent Hill.

The event held by Konami just a few hours ago, in fact, served to definitively silence the rumors and leaks that, eight years after the announcement of the aborted project made in Kojima, have continued to rage on the net, deceiving and teasing all the orphans of the town placed on the shores of Lake Toluca. Over the course of half an hour, the Japanese giant confirmed its desire to revitalize the series in the round, not limiting itself to proposing a playful approach in the canonical sense but outlining the interest in a modus operandi that is certainly more cross-media and cohesive than in the past.

The involvement of Bloober Team in this operation has been in the air for some time, a partnership that has found its definitive confirmation following the official reveal of the remake of Silent Hill 2. In fact, it was up to James Sunderland to open the dances of the appointment in streaming, thanks to a video that managed to show the evident graphic boost to which the Polish team submitted the original material. And that seems to have been the subject of a radical revolution in terms of pure setting, as confirmed by some members of the studio during the event. 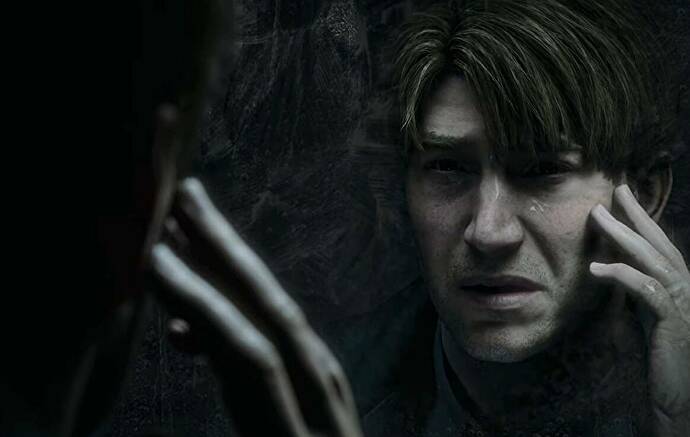 Here is our James Sunderland in all his renewed glory!

It is no mystery that the saga has always represented one of the sources of inspiration for the boys of Krakow, who have confirmed their desire to respect in all respects the original material, while not giving up on a modernization of the mechanics at the base. of its success: in a similar way to what Capcom did with the remakes of Resident Evil, the most impactful upheaval will be the general direction of the title, thanks to the abandonment of fixed shots in favor of the now canonical over the shoulder camera, cleared through customs since the advent of the fourth chapter of the survival horror of the Osaka house.

A choice that could infuriate the most upright fundamentalists but that we feel we can approve, at least on paper, given the high rate of involvement that such an approach brings with it. It remains to be seen whether such a rejuvenation process could also have been reserved for the combat system of the original game which, although certainly not the main reason that prompted us to go in search of Maria, it would not be bad if it were re-proposed in a more dynamic way. and modern.

And in this sense, some doubts regarding the choice of Bloober Team can only arise, given that if it is true that the studio has shown, over the years, that it knows its stuff in terms of atmospheres, it is just as evident as the portions action of his productions have always been too shaky. Obviously, it is still early to express an opinion, given that beyond the arrival of the title on PC and PS5 (in exclusive time for at least 12 months) no further information has been provided on the matter, first of all the hypothetical launch window. .

However, we can say right now that, for this return of Silent Hill with great fanfare, Konami has decided to be definitely on the safe side, choosing to feed their fans what represents, without a shadow of a doubt, the most loved episode of the franchise. A desire not to risk too much that seems light years away from the operation that saw PT at the center of the scene, almost a sort of lifeline capable of shielding the other projects announced soon after. 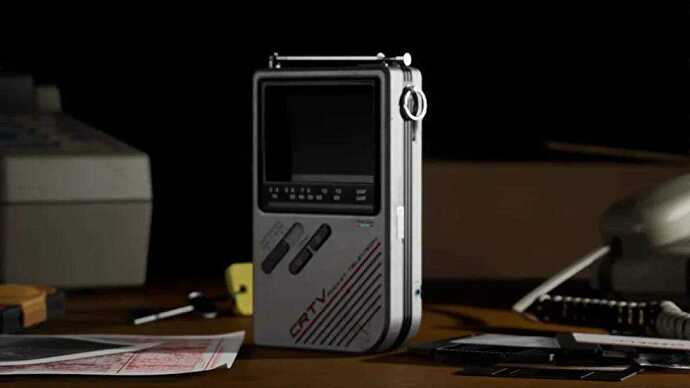 This is all we know about Silent Hill: Townfall…

After greeting James, in fact, another partnership has thought of us to sanction Konami’s desire to expand the scope of the return to the foggy American town. Silent Hill: Townfall, in fact, sees the collaboration of the Japanese company with the publisher Annapurna and the development studio No Code, known to the general public for Stories Untold and Observation. Announced through a simple and cryptic teaser trailer, it is difficult to hypothesize anything about the nature of the production, but the voice over that accompanies the film seems perfectly in line with the process of judgment and redemption to which all the protagonists of the episodes that appeared in the film are subjected. over the years.

The appointment with new details related to the title, as confirmed by the development team itself, is postponed to next year. Could this be the rumored episode chapter mentioned in the very recent leaks? Looking at the curriculum of the development studio, if we think of Stories Untold, the hypothesis could be highly probable. All that remains is to wait for future updates, but if the quality of the game respects the quality standards to which No Code has accustomed us …

The 2023, at least for the moment, seems to have only one project confirmed in definitive form, and it is also the most particular and unexpected one of the announcement package: let’s talk about Silent Hill Ascension, an interactive horror experience developed by Genvid, in collaboration with Bad Robot, the production company founded by JJ Abrams. Also in this case the information leaked are very few and we only know that it will be a shared adventure that will mix video game and streaming, in which the spectators themselves will decide the fate of the various characters, making irreversible choices, which will influence without possibility. correcting the progress of the story. 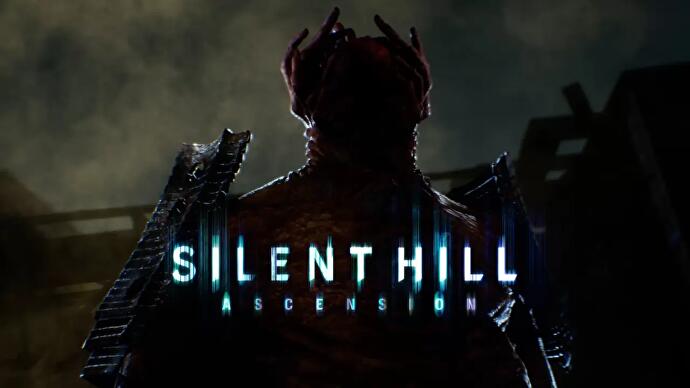 Halfway between video game and interactive series, Silent Hill Ascension promises to be very intriguing, but will good intentions be enough to make it really interesting?

Longer step than the leg or a brilliant and revolutionary intuition? At the moment it is really early to express an opinion, given that we do not have anything else besides the words and intentions that animate the development. What is certain is that it is a project that could be very divisive, capable of unhinging that intimate and private side that has always been the basis of Silenti Hill’s narrative.

This desire to share the horror and anguish will not be limited only to the videogame sphere, given Konami’s already explicit desire to make its historic IP highly cross-media. And in this sense, the official announcement of Return to Silent Hill, “Second” film dedicated to the saga (no come on, Silent Hill: Revelation never existed!), Which once again sees the duo Christophe Gans / Samuel Hadida in directing and producing. Again, we will have to wait a long time before seeing something in action, given that at present only the storyboard and script (based on Silenti Hill 2) would seem ready.

Nothing, therefore, is given to us to know about the cast of actors, still being defined. What is certain is the love and respect that Gans has for the series, of which he has always declared himself an admirer, as well as a fan as a pure gamer. Although not perfect, in fact, the first film dedicated to the franchise he directed turned out to be largely consistent with the brand, therefore the interest in this sense towards his next creation can only be genuine.

To close the round of announcements, deliberately flying over the official merchandising, we thought about what seems to be the less focused production of the entire presentation, that is Silent Hill f. Announced in a fascinating CGI trailer, the game will be set in 1960s Japan and will be based on a story written specifically by Ryukishi07, a Japanese writer and illustrator known to the public for a series of horror visual novels. 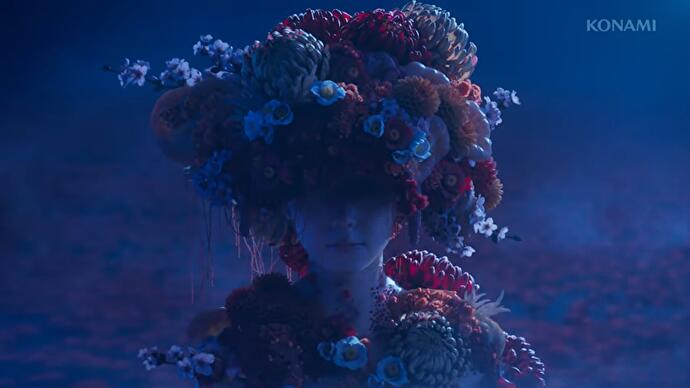 The Japanese version of clickers made in Naughty Dog: here is Silent Hill f.

At the helm of the technical realization we will find Neobards Entertainment (Resident Evil: Resistance and Resident Evil Re: Verse), all under the direction of the former Nintendo Motoi Okamoto. If you can turn a blind eye to the development team’s background, certainly not exciting and epochal, some perplexity cannot spare us the peculiar setting chosen to tell the story, light years away (as well as geographically) from the atmospheres to which the series got us used from the beginning. While it is true that Silent Hill has not always been the central nucleus of the narrative, it is really difficult to hypothesize how a Japanese village can reconnect in a coherent way to the lore of the brand.

The impression returned, just to stay on the side of Keiichiro Toyama’s inspiration, is more akin to a new Forbidden Siren or a Fatal Frame, even if the look of the creature that you see at the end of the video can only recall the Naughty Dog clicker. Preliminary judgments, it is clear, given that even here there was no mention of the release period, nor of destination platforms, but on a purely personal level we can only be a little doubtful as to the consistency of the title in question. However, we will be the first to be happy in case of denial.

And so Silent Hill seems eager to return to haunt our nightmares, among other things in ways that may turn out to be very unexpected. If the choice of the remake of Silenti Hill 2 as a forerunner of this return is not completely surprising, a clear sign of how Konami has decided to play on a reassuring ground and well known to her, it is the collateral productions that arouse the greatest curiosity. Townfall and Ascension are two projects that are certainly intriguing on paper, thanks to the history of the team behind the first and the concept linked to the second, but at present, beyond nice words and good intentions, there are very few elements to understand if the Japanese company really intends to devote all the productive efforts it deserves to its horror brand.

The will to shoot in the heap, in the hope of being able to intercept the favors of the public, also emerges from the desire to reach a more mainstream audience such as the cinema one (even if Gans, in this sense, is a fair guarantee), as well as from the atmospheres of that Silent Hill f, which seems to want to please all lovers of Japanese-style horror, apparently leaving aside the original atmospheres of the series. It is clear, also given the absence of precise dates, that there is still a lot of work to be done, therefore even the judgments are postponed to a later date. The only certain thing is that the fog seems to have finally cleared over the future of Silent Hill.

Twitch: A streamer banned after going too far!

€125 from Costa: Banking apps below. Will receive?

Tower of Fantasy updated to version 2.0 and released on Steam