Tesla management has repeatedly had to delay not only the release of certain models of electric vehicles, but also the release of software that allows them to do almost completely without driver intervention. In North America, Tesla cars will receive an advanced version of the FSD software before the end of this year that will technically allow the driver to barely touch the controls. 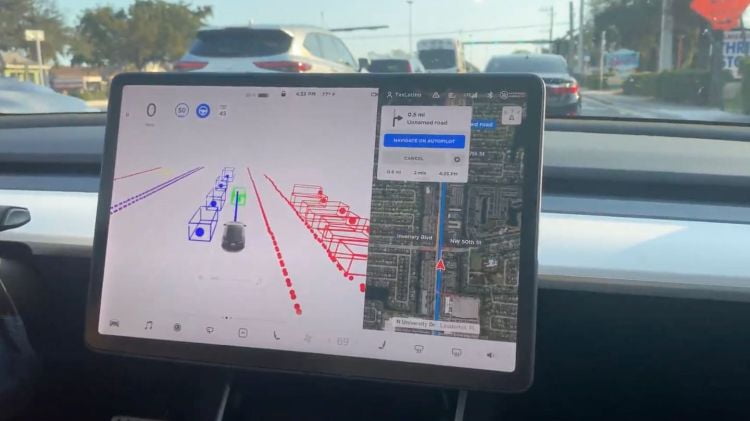 As you know, in the United States and Canada, 160,000 owners of Tesla electric vehicles already have access to the beta testing program for new versions of FSD. According to Elon Musk, the new version of the software, which will be released in the region before the end of this year, will allow them to drive to work, visit friends and get to shops without having to touch the steering wheel. “It’s another matter whether it will be approved by regulators,” the head of Tesla added, immediately explainedthat this will not be done by the end of this year. Musk expressed hope that in 2023 an even newer version of the FSD could convince regulators that a self-driving car is much safer than a human-driven vehicle.

Now the relevant American department NHTSA is investigating 38 accidents involving Tesla electric vehicles, in which the fault of the software is suspected. A total of 19 people have died in these incidents since 2016, and so far regulators have not made a final conclusion about the involvement of Tesla software in these accidents. Various departments also had questions about the naming of the functions of Tesla electric vehicles responsible for automating the process of transport management. According to the authors of the claims, neither the Autopilot function nor Full Self Driving (FSD) at this stage of development does not allow the car to move without driver intervention, and therefore cannot bear such names that mislead inattentive consumers. However, in Germany, Tesla managed to win the relevant lawsuit and keep the names.

Musk previously said that in North America, a regulator-approved version of the FSD, which allows Tesla electric vehicles to drive without driver intervention, will be available by May next year. In Europe, he said, this feature will be implemented much later, since the software needs to be adapted to local conditions. This year, Tesla raised the cost of the FSD option twice, first to $12,000 and then to $15,000. On the one hand, the company is trying to teach the software new features, and on the other, it is gradually simplifying the set of sensors necessary to automate the process of controlling the car. Recently, the Tesla Model Y and Model 3 electric cars will do without ultrasonic sensors, relying only on images from cameras, and they abandoned radar in May last year.

Persona 5 Royal: The Phantom Thieves are back on PS5, with a new list of trophies!