Above the Clouds: Flight Sims in Captivating Community Screenshots – Memory 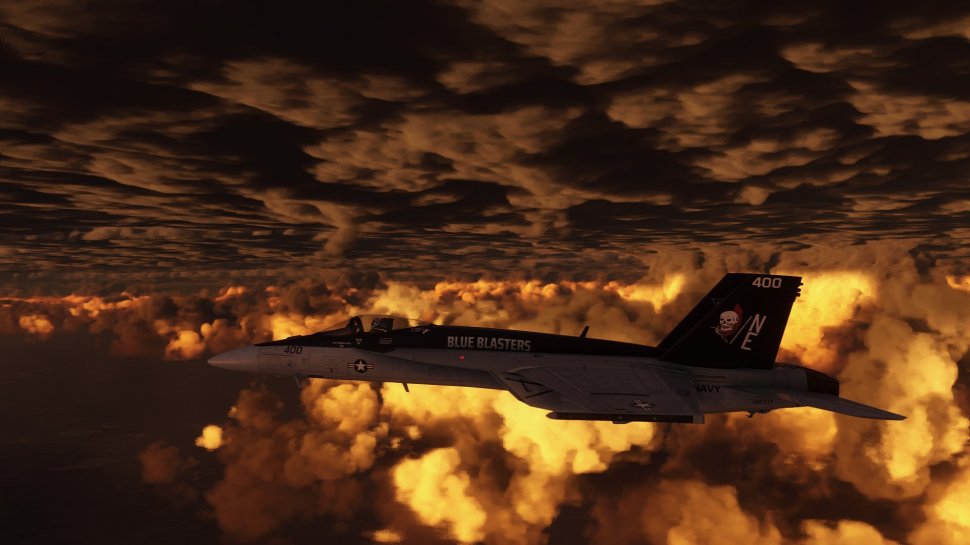 October 21, 2022 at 5:21 p.m. by Stephan Wilke and others – flight simulations in pictures: In the PC Games Hardware Extreme forum there is a tight-knit community of players who value realism and enjoy improving their skills in flight simulations prove. In a picture thread, supporters of simulated civil and military aviation present some spectacular pictures that show daring manoeuvres, fantastic vision or simply interesting lighting moods.

Today we would like to remind you of the Flightsim picture thread on the PC-Games-Hardware-Extreme-Forum, where Flightsim fans post their screenshots – or pictures of their setup, like Snowhack. Because one thing is clear: in the replica cockpit with instruments and displays, a flight simulation is even more intense. However, there was not too much of Flight Simulator 2020 to see in the picture thread.

Arcade-heavy flying games, in which you can get started without much prior knowledge and quickly celebrate success, are very popular. In the long run, however, such games often lack depth, at some point the gameplay no longer offers any challenges.

It is completely different with complex flight simulations. With these, it can sometimes take hours of reading and trying before the first take-off maneuver runs smoothly. Demanding maneuvers such as loops or flying through bridges can even require weeks or months of training, during which countless crashes are inevitable

For this reason, it is absolutely understandable that screenshots are not kept to oneself, but are happily shared with the community. There are a few active users in the flight sim image thread, including thread creators lu89 and SPIRITus-96, who provided most of the uploaded images. The successful screenshots can be found in the picture gallery. If you also want to share screenshots from flight simulations with other users, the PC Games Hardware Extreme forum is the right place for it: Flightsim Bilderthread