Apple to release iOS 16.1 update next week: here’s what it brings

Apple is preparing to release the next update for its mobile operating system. The distribution of iOS 16.1 will begin on September 24, and users of the iPhone 8 and newer Apple smartphones will be able to install it. Some of the innovations that will become available after installing this update deserve special mention. 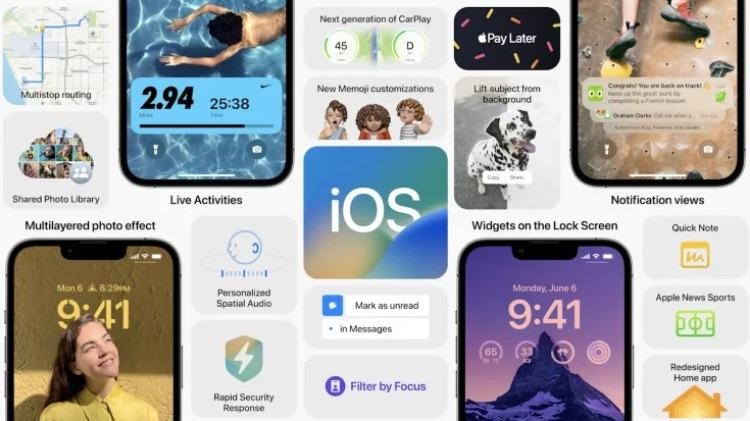 In iOS 16.1, developers have implemented the Live Activities feature, which will allow you to follow sports competitions and other events online on the iPhone lock screen. This innovation is especially relevant for owners of the iPhone 14 Pro and iPhone 14 Pro Max, which are equipped with screens that support the Always-On Display function. The possibilities of Live Activities will expand as developers integrate support for it into their products.

Even in the new version of the OS, the ability to remove the Wallet application is implemented. Note that without it, a number of options will cease to function, including Apple Pay, Apple Cash and Apple Card. iOS 16.1 adds support for the Matter standard, allowing you to connect more smart home devices through the Home app. The standard will ensure the functioning of compatible smart home devices on different platforms.

After installing the update, iPhone users will be able to create a shared photo library in iCloud. This function will make it easier to share images, for example, among family members or among friends. Up to six people will be able to connect to one library, each of which will be able to add pictures, including from personal libraries.

In addition to this, iOS 16.1 introduces the Clean Energy Charging feature, which aims to reduce the carbon footprint of the iPhone. This should be achieved by optimizing the charging process in cases where green energy sources are used in the grid.

Pokemon Scarlet and Violet: let's venture into the open world of Paldea

Does Apple Watch have Sapphire Glass? Not. The Galaxy Watch has