How noticed game analyst Benjamin Sales, Call of Duty: Modern Warfare II is already in high demand among the players. AT Steam the record for the number of simultaneous players is fixed at around 95 thousand.

It is worth noting that the game has not yet reached the official release. It started early access on October 19 for those who pre-ordered. And players are not yet available multiplayer modes, which were the basis of all parts of the series. So tens of thousands of Call of Duty fans are currently busy only with the passage of the story campaign.

Within the series Call of Duty this is the third indicator in Steam. So far, in terms of starting attendance, the new Modern Warfare II is superior to the original Black Ops and Modern Warfare 2.

Call of Duty: Modern Warfare II releases on October 28th. And from November 16, the game will have modes that will not require a purchase to access the game. 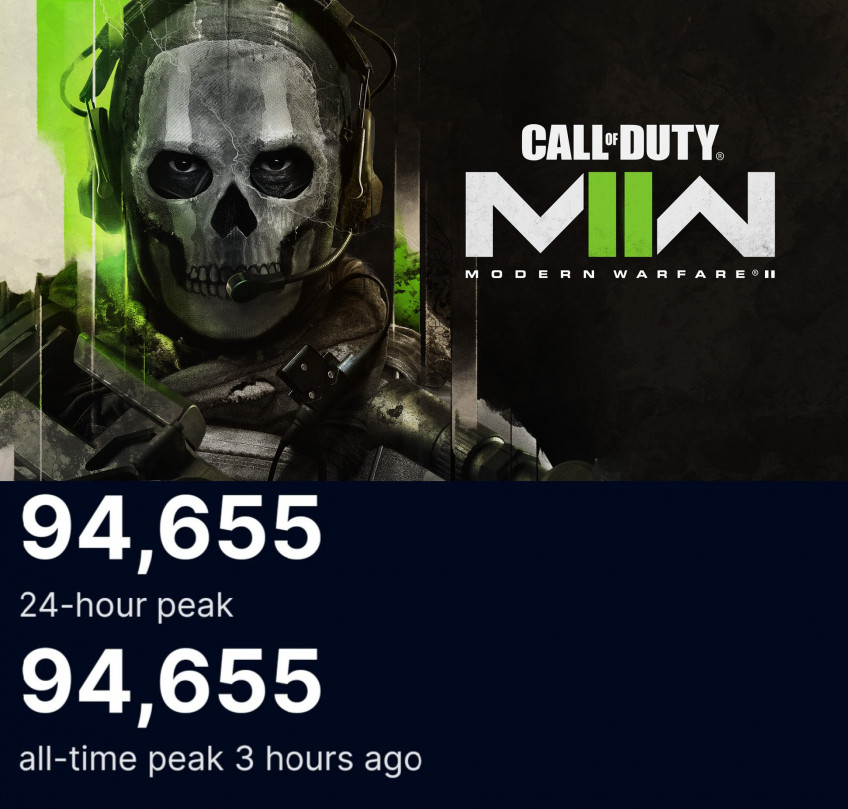 Countdown for the first player phone with Snapdragon 8 Gen 2!

Henry Cavill as Superman again? Return not yet in dry cloths!