Cloud versions of Resident Evil 2 and 3 will be released on Nintendo Switch in November, and RE7 in December 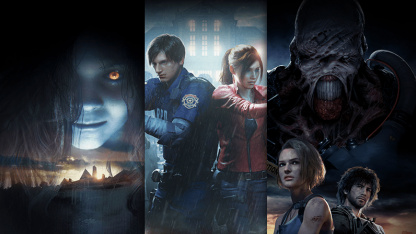 On the last broadcast Resident Evil Showcase Capcom shared news about the release dates of the cloud versions of the three Resident Evil on Nintendo Switch: Resident Evil 2 Remake – November 11; Resident Evil 3 Remake – November 18; Resident Evil 7 – December 16. All three games are available on PC, PlayStation 5, Xbox Series, PlayStation 4 and Xbox One. In addition, the developers recalled that the cloud version Resident Evil Village will be available on Switch on October 28 – the day of the global release Gold Edition.In this case, the extension Winters’ Expansionin which included an additional story “Shadows of the Rose” (Shadows of Rose) 3rd Person View and New Content for “Mercenaries”, will appear on the console only next year, on February 12. More on Igromania, the Art Director of God of War: Ragnarok shared fresh screenshots of the game not only – what was shown at the Resident Evil show

Star Ocean: The Divine Force: the opening movie prepares us for the game

Overwatch 2: After two characters, a map is now thrown out

God of War Ragnarok is here, we're playing it: date and time preview and review

The Store is Closed: That’s why Ikea is threatening to sue the indie horror game