Dorfromantik gets Japan-inspired Sakura biome and controller support on PC 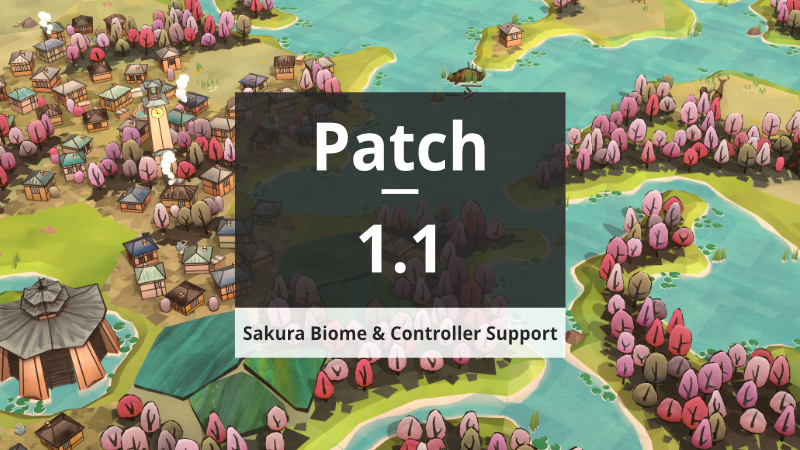 The gorgeous Dorfromantik puzzle game from Toukana Interactive has just been updated on Steam with a Japanese-inspired Sakura biome, controller support, and more.

The Sakura biome in Dorfromantik was previously exclusive to the recently released Switch version of the game, and today’s PC update, appropriately called the Sakura Update, adds a number of other features previously only available on the Nintendo platform.

In particular, Steam players can now enjoy full controller support, which, among other things, helps to greatly improve what used to be a little difficult to play on Steam Deck.

It also introduces new User Mode options allowing players to enable “World Borders”. They were added on Switch to limit the size of worlds for technical reasons, but can be applied as a customization option for those who want to use them on PC.

Finally, Dorfromantik players on Steam can now take advantage of the various performance optimizations that were introduced during the Switch porting process, which are also included in today’s update. Toukana says it also plans to “finish a few more details so we can meet a wide range of different PC hardware requirements.”

The full patch notes can be found here.

Silent Hill 2: the original translator would like the 'right credit'

Nazar VOLOSHIN: “I really wanted to play against Dynamo”