If you’ve had the Game Boy Advance then you know how beautiful the pixel graphics on the handheld could be at times. The unofficial pixel book celebrates the most important games and optical pioneers. 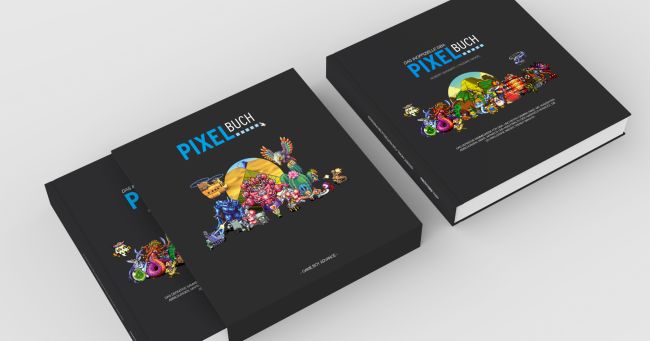 Do you remember before? Playing Mario Kart: Super Circuit under the covers with a flashlight and enjoying the wonderful pixel graphics? Or Metroid Fusion? Of course, these two examples only scratch the surface of the visual delights that were possible on the Game Boy Advance. This is exactly what the Elektrospieler publisher wants to celebrate with its new, unofficial pixel book, which will go on sale tomorrow, Saturday. If you strike early, you will receive special early bird conditions.

>> 10 things you probably didn’t know about the Game Boy <

Over 300 pages are dedicated to the small handheld and the numerous games that have appeared on it. But because just screenshots would be a bit boring, the makers have put a lot more effort into it and also let some well-known editors have their say, they look back on the pocket Nintendo.

The release date for the unofficial GBA pixel book is not fixed yet. The publisher currently states August 2023 as the latest date from which you can hold it in your hands. Until then, there will be other works from the same house, so unofficial pixel books for the Mega Drive and the SNES have already been published.

Top 10 facts about the Game Boy

On the occasion of Game Boy’s 30th birthday, we’ll tell you ten facts about the cult console that you’ve probably never heard of.

Apple to release iOS 16.1 update next week: here's what it brings

Mercedes EQS: charging cost and range over a long journey of 850 km – Frandroid

PlayStation Stars: how to complete new campaigns and unlock rewards