Unlike previous parts of Call of Duty, the PC version of Modern Warfare II (2022) will be released not only on the Battle.net platform, but also on Steam. For this reason, many PC players began to wonder when this project will be hacked. 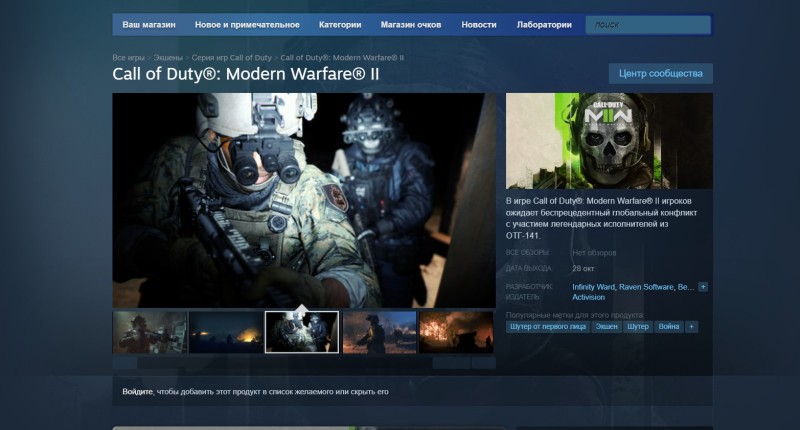 Recall that the complexity of hacking games released on the Activision service is that they require a constant connection to the network. Plus, the SMS Protect system was created, which asks to link a phone number to a profile. Therefore, many past parts of CoD have not been hacked.

At the same time, those games in the series that were released on Steam (the last major part was Call of Duty: WWII) were hacked just a few hours or days after the release. The same should happen with Call of Duty: Modern Warfare II. In addition, there is no mention of Denuvo anti-piracy protection on her page, which further increases the chances of a quick hack.

However, even if the project is hacked, it will only be possible to play its single player campaign – multiplayer will not be available. Also, while MWII can be purchased on Steam, it’s possible that players will still need to play it through Battle.net.

We add that we do not support piracy in any form, however, we understand the concerns of some players regarding the purchase of a “pig in a poke”, so we advise them to take the “pirated” versions as a demo. If you like the game, be sure to purchase a licensed copy later to support the developers.

Can Netflix become the king of cloud gaming against Xbox?

Nahida’s special dish in Genshin Impact: where to find the Halvamazd recipe and how to prepare it