In China, they came up with a way to disable Starlink – one 10-Mt atomic bomb is enough for this

In May of this year, discussions arose in Chinese academic circles about the threat posed by the global Starlink satellite network. Today, Elon Musk no longer hides Starlink’s orientation towards the military, which only deepens the concern of the Chinese. Another thing is that the destruction of thousands of satellites without a threat to friendly spacecraft has no simple solutions. But the Chinese found it. 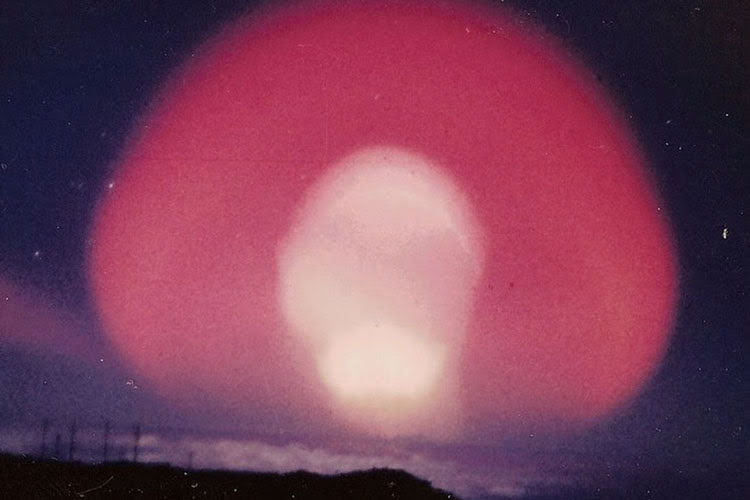 Recently, in the peer-reviewed Chinese scientific journal Nuclear Techniques, PLA physicists published an article in which they talked about creating a model for calculating the massive disablement of satellites in orbit. The model is said to be highly accurate and allow calculations to be made in minutes, making it possible to eliminate even threats such as hypersonic weapons attack.

As a solution, a relatively controlled explosion of a relatively weak nuclear warhead with a power of 10 Mt at a given height is proposed. The detonation of a warhead directly in orbit is recognized as dangerous, because, firstly, the decay products are formed in a limited volume, which will not give the desired damaging effect, and, secondly, radioactive particles will be captured by the Earth’s magnetic field and create a highly radioactive belt that will threaten absolutely all space devices.

Instead of detonating a warhead in orbit, an explosion is proposed at an altitude of 80 km, where there is still enough air for atmospheric gas molecules to be involved in the formation of a radioactive cloud. Such a cloud will rise to a height of 500 km in five minutes and spread over an area of ​​about 140 thousand km2. The cloud will become a kind of trap for satellites, which will be partially or completely damaged during its passage. Thus, one warhead can disable hundreds and thousands of satellites in a given orbit and not cause damage to friendly vehicles.

High-altitude nuclear tests were conducted by the United States over Johnston Atoll, west of the Hawaiian Islands. According to Chinese physicists, the model they proposed exactly repeats the behavior of the radioactive cloud in those tests of the 50-60s of the last century.

iOS 16.1: The release date and what's new in the update for your iPhone | NextPit

Tesla is developing an electric car worth $25,000

God of War Ragnarok and the release date: according to fans it is linked to Nordic mythology