Musk again recalled the development of the Tesla electric car for $ 25,000 – it will be produced in millions of pieces

The head of Tesla has been talking about the need to create a truly mass-produced electric car for many months in a row, choosing a $25,000 target. According to some reports, Chinese Tesla specialists will be involved in the creation of such a car, according to others, it may be offered to European consumers. According to new comments by Elon Musk, the budget electric car will be produced in much larger quantities than all other Tesla models. 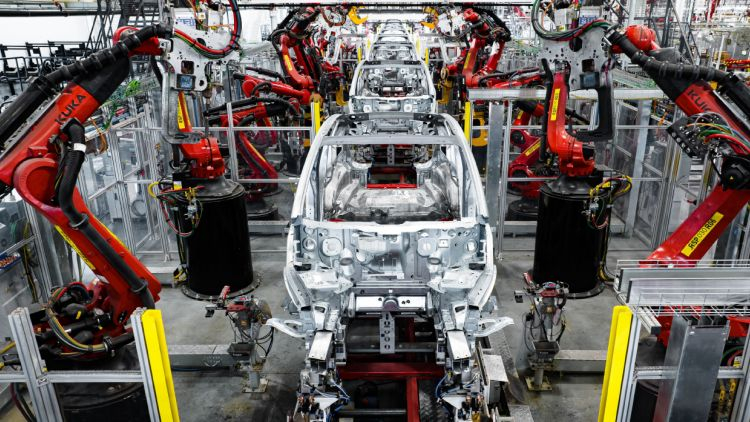 At the quarterly reporting event, Tesla’s CEO said that the company’s specialists have now completed the development of the Cybertruck pickup truck and the Semi truck. If the latter is preparing to start mass production in the middle of next year, then deliveries of the second will begin in December of this year. In the future, the forces of Tesla engineers will be directed to create a new generation vehicle that will be about half the price of Model 3 and Model Y, and will also be more compact than them, as Elon Musk explained at a recent event.

But he explained that it would be possible to halve not only the cost of the machine, but also the volume of labor costs for its production, as well as the area of ​​​​the premises required for this. Traction battery technology is likely to play an important role in optimizing the cost price – Tesla representatives this week said they were going to lower the cost of storing 1 kWh of electricity to $70. In essence, this will allow the company to equip an inexpensive electric car with a battery with a sane range, which will cost the manufacturer between $5,000 and $7,000. By the way, earlier Elon Musk fantasized about the lack of familiar controls in the form of a steering wheel and pedals in such an inexpensive electric car, but in the light of modest progress in the rate of implementation of a full autopilot, he refrained from commenting this time.

You don't want to miss this affordable retro e-bike - Aroged

Xbox Series X: These games will be released in the new week KW46/2022