One of the promised double XP weekends starts in “Overwatch 2” tonight. Two more events of this kind are to follow in the coming weeks. 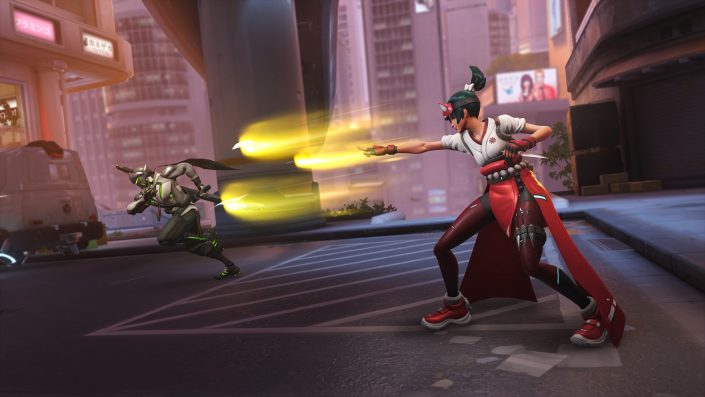 “Overwatch 2” got off to a rocky start when it was launched in early October, which prompted Blizzard to announce a series of reparations a little later. This includes several Double XP events, for which the dates are now available.

The first of these events, awarding double experience points, will start at 8 p.m. tonight and will end at the same time next Monday. The next event of this kind continues just a week later, before players have to wait a few weeks again.

In a previous one Message on the official website of “Overwatch 2”, Blizzard also pointed out that players with the legendary skin of the cursed Captain Reaper and the Health Pack Weapon charm will receive compensation, which will be awarded in addition to the double XP weekends.

In addition, future errors should be corrected immediately. Blizzard is committed to “rigorously investigating issues as they arise, working quickly to resolve them” and being transparent with the community about the status of Overwatch 2.

“Overwatch 2” replaces its predecessor and is available for the consoles PS5, PS4, Xbox Series X/S, Xbox One and Nintendo Switch as well as for the PC.

Hogwarts Legacy: What’s behind hints at microtransactions and online features?

Indie developer creates a unique shooter with an emphasis on realism

Watch out! Hackers have new techniques for Black Friday and Cyber ​​Monday