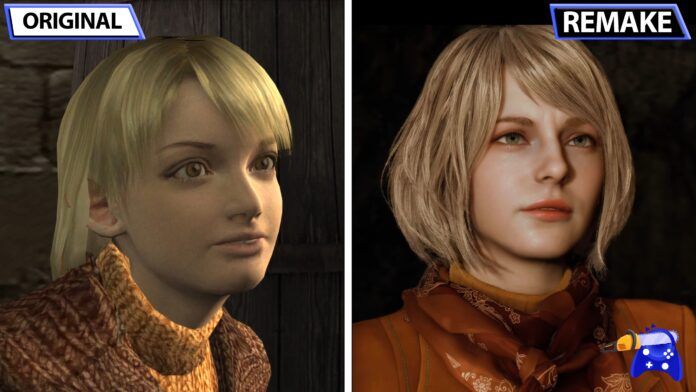 ElAnalistaDeBits, YouTuber known for its detailed comparatives, pitted the original Resident Evil 4 against Capcom’s new Remakeso as to highlight the similarities but above all the differences between the two chapters. Clearly huge differences, also children of the almost 20 years that separate the two titles, but which are not limited only to the graphics sector. New scenarios, new combat possibilities and a revamped AI make this Remake an almost entirely new game. The Showcase on October 20 brought us a new trailer and the first gameplay.

As also illustrated by the YouTuber, the work done by Capcom was not limited to reproducing the same scenarios with a higher resolution, but it has completely changed the level design. The iconic house before the village, in fact, will be much larger and the first meeting will take place in a basement and no longer in the dining room. The same will also apply to the various paths that will accompany us to the Village where other Ganados will be waiting for us and above all him, Dr. Salvador.

Dr. Salvador, also known as the Chainsaw Man, here will appear recognizable but at the same time very different. Her face will again be covered with a sack of Jute but now her eyes will be more apart, a symptom perhaps that the Plaga is trying to get out of her head. The miniboss also appears more ferocious in its movements, also replicating those of Super Dr. Salvador seen in the Mercenaries modeor when it enters Berserker mode after being knocked out the first time.

In the village phase we can also see the first differences in gameplay. Now, in addition to the iconic briefcase, we will also have an inventory that we can manage in real time just like in modern Resident Evil. From the Briefcase a whole new world will open up, where we will have enhanced crafting possibilities. In addition to the well-known medical potions we will also be able to create ammunition thanks to the resources we will find around.

Returning to the never mentioned enough Dr. Salvador, now his chainsaw will be lethal, but not indisputable. With the right timing we can in fact shield us with our knife, in a sequence that is very reminiscent of the chainsaw clashes of Gears of War 2. Leon will also be able to use the knife to cut the throats of unarmed enemies, making the player a little easier. We will not be able to use it to break through the barrels instead, it seems, as Leon will do this with a kick.

The comparison then moved on to the aesthetic differences of other key characters such as Ashley Graham, the daughter of the President of the United States. The character now she will have the features of Ella Freya and a more aggressive character, so much so that he will try to attack Leon with much more ferocity than in the past. Luis Sera, on the other hand, is almost unrecognizable, at least aesthetically, but his gab and the iconic Red9 are there to show us his identity.

Other characters such as Mendez, Ada Wong and Salazar have minor differences. Unfortunately, among the changes it is necessary to point out the apparent impossibility of saving the trapped wolf. In the movie, Leon reaches the poor animal but will find it lifeless by now on the ground and completely gutted. Let’s hope we can avoid this, he was a really nice little wolf. (Ed.)

Resident Evil 4 will be released on March 24 on PC, PlayStation 5, PlayStation 4, Xbox Series X and Xbox Series S. Do you want to pre-order it for next-gen consoles? Take advantage of the Amazon box we have prepared for you below.

NieR: Automata, here is the special pizza dedicated to the Biga game