As a new battle erupts in a galaxy far, far away, Star Wars: The Old Republic players can look forward to all sorts of exciting events and new rewards with the start of the third Galactic Season. With us you will find all important information about the current season in SWTOR. 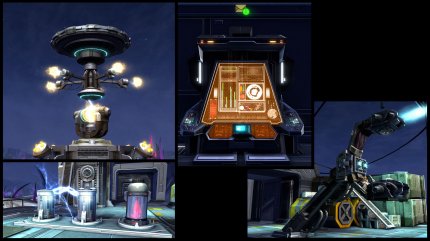 Decorations: Iokath Crystal Power Generator, Greater Iokath Console, Iokath Crystal Power Converter, and Iokath Holding Claw Source: Bioware As in previous editions, players progress through two distinct tiers: the Free reward tier and the Subscriber reward tier. Subscribers have access to both series as they progress through the season. Players can advance within these reward chains by completing daily and weekly seasonal objectives.

A few changes have been made compared to previous seasons. Increased the number of Tech Fragments available on the free reward line to 3,500 Tech Fragments. We’ve also rebalanced the Cartel Coins granted on this line. Players will now receive 2,000 Cartel Coins (half the amount of previous seasons) and 8 Classic Cartel Crates and 5 Ultimate Cartel Packs. The combined value of these rewards is comparable to the 4,000 Cartel Coins achievable in previous seasons. The packs and crates themselves are legacy bound and cannot be traded in the GHN. However, all content is tradable, giving you more flexibility in terms of the rewards you receive.Besides the changes above, we have added new mounts and vehicles, weapons, armor sets, and decorations to the season rewards.During the Lucky Draw Season, players can purchase the croupier droid PH4 -Received LNX (or “Fay”) as a new companion. Designed for strategic analysis and tactical planning of complex battlefield scenarios, this droid was “acquired” by a galactic high roller with a penchant for gambling. After competing in every gaming tournament from Nar Shaddaa to Coruscant, the droid wants to buy her freedom from bondage.

With Season 3, we introduced a new reputation system! Players progress within the Gaming Authority and Administration (GBVI) reputation system by collecting GBVI Analysis Modules, which are granted for completing Season Objectives, Group Content, and neutralizing opponents in different parts of the galaxy. 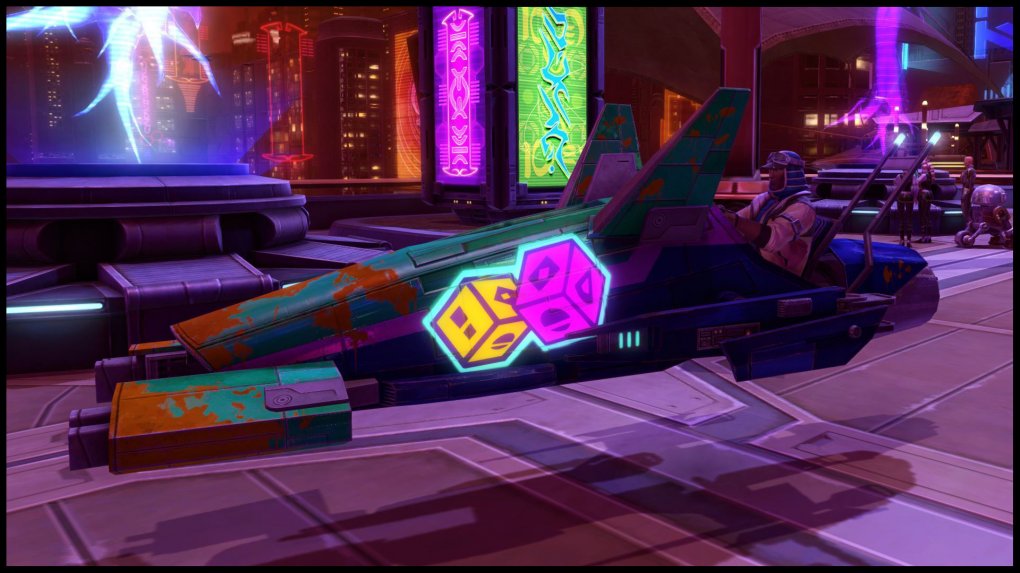 New rewards based on this new season have been added, including new transports and mounts, weapons, and stronghold decorations. For more information about these rewards, including pictures, visit the SWTOR official website.

Our Galactic Seasons Vendors are also returning this season. Players can purchase previously available subscriber and time-limited rewards from Jaleit Nall, as well as the classic and non-seasonal rewards vendors. Ki’at Thavo, the Seasonal Rewards Vendor, is getting an updated inventory with new Season 3 rewards.

Similar to last season, Jaleit Nall’s inventory rotates based on a schedule outlined in the following forum post. This Season, we’ve added the Ravenous Rodir mount to Groups B and D for 3 Galactic Season Tokens. Each group rotation is active for 1 week and then disappears for 3 weeks. Inventory will be rotated as part of our weekly reset at 00:00 GMT.

At the end of this new season, Ki’at’s Inventor is available to all players. Subscribers can purchase missed rewards. The trader’s inventory will be updated with all-new rewards at the start of the next season.

New season specific objectives have been added and displayed throughout the season. Below is a list of seasonal goals for October. Similar to last season, the goals for the coming months will be presented in a separate article.

The SWTOR developers will release patch 7.1.1 on October 18, 2022, which includes some bug fixes and changes individual rewards.

What is a Galactic Season?

A Galactic Season in SWTOR (buy now) is similar to a Battle Pass for other games, where there is a reward path for Free2Play heroes on the one hand, but also another, more lucrative one for paying Star Wars warriors. The season leveling system lets you earn different currencies as you rise through the ranks, which you can then exchange for items at merchants.

God of War Ragnarok: new unpublished images for the exclusive PS5 and PS4

God of War Ragnarok: Full Play - The last preview before the test

PUMA and Pokémon team up to create custom shoes

Aegis, the team of Mister MV, DFG and Shaunz, could join the LFL