Support for Android seems to be an important element in the evolution of Windows 11with an even more extensive and complete inclusion announced for Android 13 from Microsoft, intended to integrate more features for PC apps.

Windows WSA, that is Windows Subsystem per Androidis the element on which the compatibility with the Google operating system within Windows is based, which allows you to use the apps for this OS even directly on the PC and seems to be destined to be updated further in the next period.

Microsoft has published a kind of summary evolution roadmap expected to this interesting feature of Windows 11, showing the features currently supported by the operating system with regard to Android, those not yet functional and those that are destined to be integrated in the next period through further updates. 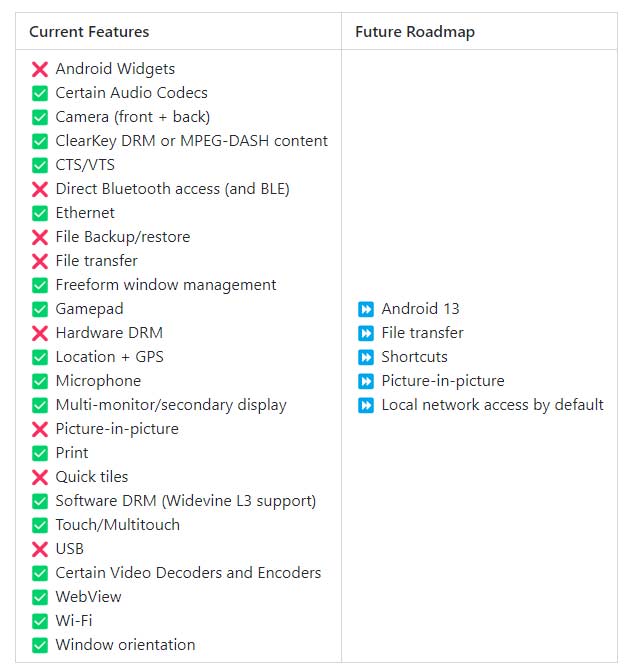 Windows 11, the roadmap of updates for Android support

These include support for Android 13, with the ability to transfer files from Windows to Android apps, simpler shortcuts to use and the interesting functionality picture-in-picture which should allow for improved multitasking capabilities, allowing you to view Android apps on a portion of the screen while continuing to use Windows on the rest of the display.

We therefore await some more precise reference on the timing of the release of these updates, while we remember how to increase the performance of games by changing some settings, as reported by Microsoft.

These are the advantages of a Google Pixel phone - Techmania

Russian developers showed the concepts of their future projects