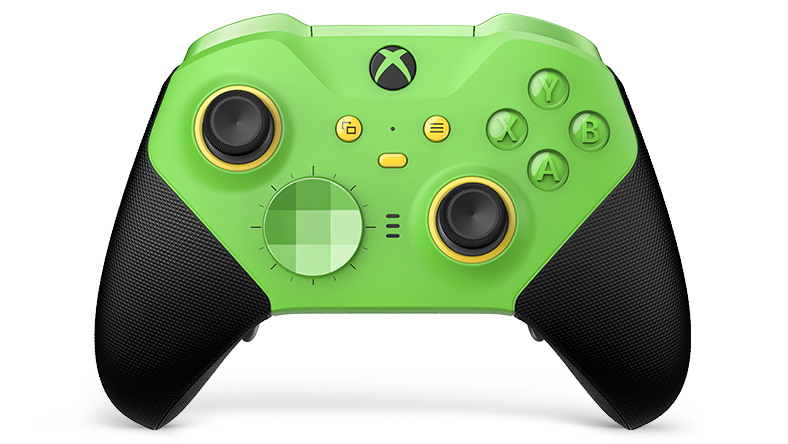 10/21/2022 at 08:31 by Michael Miskulin – The Xbox Elite Series 2 controller is now also available in the Xbox Design Lab. There you can customize it to suit your own taste. But the whole thing will not be cheap. The price for the controller including all components is around 200 euros.

In the Xbox Design Lab you can customize the housing, the back, the D-Pad, the bumpers, the triggers, the thumbsticks or the buttons of the Xbox Elite Series 2 controller. A new addition is the option of customizing the color of the base and the ring of the thumbsticks. With the Xbox Accessories app, buyers can choose from 16 million color nuances for the Xbox button. When the controller is finally designed, there is a matching carrying bag that is supposed to round off the package.

The Xbox Elite Series 2 Controller is a pro controller for Xbox Series X |S users, Xbox One users and PC gamers. The controller offers a very robust construction and thumbsticks with adjustable tension and adjustable trigger resistance. The controller is connected to the console or PC via Xbox wireless technology and Bluetooth support. The battery life is specified as up to 40 hours. Including all separate elite components, the controller comes to a price of around 200 euros.

NHL. 6 goals for Pittsburgh, losses for Washington, Rangers and Carolina

God of War Ragnarok: Supports up to 120 fps on PS5