Some time ago, insiders told very interesting information that AMD is preparing to release its new video card not only for desktop computers, but also for laptops.

And although initially many were rather skeptical about the news, in fact it turned out that the novelty has every chance of success. For example, insiders said that the Radeon RX 7000 discrete graphics will have about the same performance as the RTX 3090, only we are talking about a laptop model.

Yes, a laptop graphics card will have the same video game performance as a desktop RTX 3090, which sounds crazy. This will open up the opportunity for laptops to reach a completely different level of performance in various kinds of software. 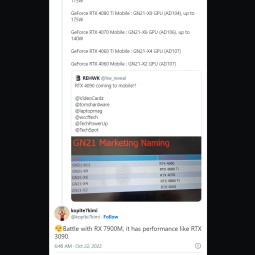 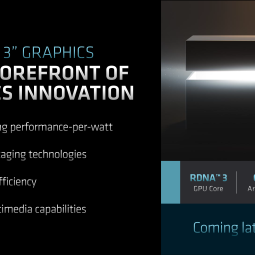 However, there are certain questions about energy consumption, since a laptop is far from always able to provide the necessary power for such a video card to work. Accordingly, situations can sometimes occur when discrete graphics in a laptop have insane performance, but the cooling system and power subsystem cannot cope with such power.

Probably, if we are talking about laptops that are a workstation and have an advanced cooling system, then we can safely say that the Radeon RX 7000 will cope with the task better than its competitors.

Let’s wait for the official announcement and then we’ll talk about the possibilities of this solution and potential bonuses in the notebook market.

No Man's Sky: how does it run on Nintendo Switch? The video comparison with PS4

Kroos turned down an offer from Manchester City