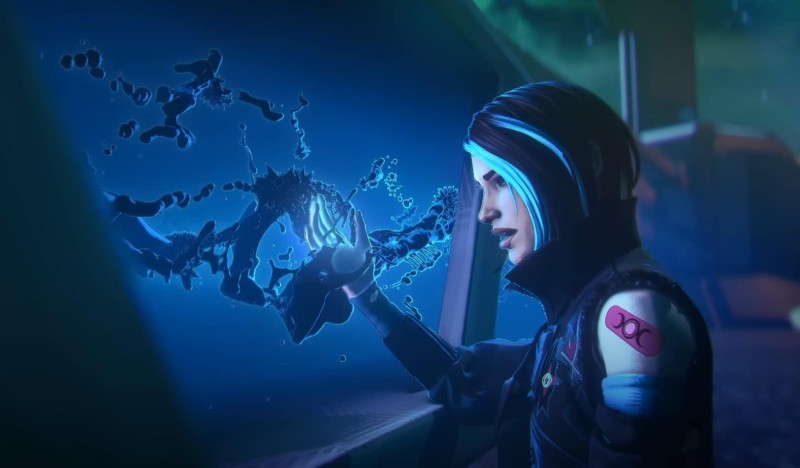 The abilities of the heroine were revealed to the players in March of this year. At the time of mid-spring, her set of abilities allowed her to build defensive structures of various sizes: from low destructible platforms to the impressive size of a ferrofluid tower.

However, it seems that when reworking Catalyst’s abilities, the RE team decided to put more emphasis on the ability to counterattack and on the overall versatility of the legend. So, based on recent insider information and certain moments in the Eclipse launch trailer, Tressa Smith’s current skill set looks like this:

Passive Ability – RESTORATION
Being close to destructible structures (doors, legend abilities), you automatically direct streams of ferrofluid iron to them, restoring their health and adding additional HP units to them
Tactical Ability – MAGNETIC IRON
Fire a projectile that creates an area where enemies become slow and lose mouse sensitivity
Ultimate Ability – IRON BARRIER
Construct a wall of Ferrofluid Iron that significantly slows enemies, completely blocks their vision, and disables abilities that allow them to track opponents

We remind you that the start of the 15th season is scheduled for November 1st.

NVIDIA Gaming Revenue to Return to Growth in April

Launch of a German 100% hydrogen-powered train

Netflix is ​​getting into cloud gaming – despite the failure of Google Stadia!