10/22/2022 at 12:30 p.m. by Maximilian Hohm – Gigabyte has introduced the 6 GHz instant technology, which further accelerates the already fast Core i9-13900K. The turbo clock on the two best cores increases from 5.8 to 6 GHz, the single-core performance is said to increase by three percent. Therefore, read below how the technology works and what is required to benefit from it.

Compared to Alder Lake, Intel’s 13th generation of core processors not only has more efficient cores, but also higher clock rates, so that a standard CPU such as the Core i9-13900K can already boost with up to 5.8 GHz. Probably as an incentive to buy the new Z790 mainboards, Gigabyte was the first major manufacturer to react and now offers Instant 6 GHz technology, a feature that is intended to save users from annoying manual overclocking and automatically overclocks the two best cores of the processor to this clock .

For Ryzen 7000: B650E and X670E motherboards are priced close together

Gigabyte uses several factors to ensure that this process is stable and that reliability does not suffer. The initiative must always come from the user who needs to update their new Z790 motherboard with the latest UEFI version. The technology must then be activated manually in order to be able to boost the CPU. For this purpose, the load line calibration for the VCore and the CPU voltage are increased within a safe range. 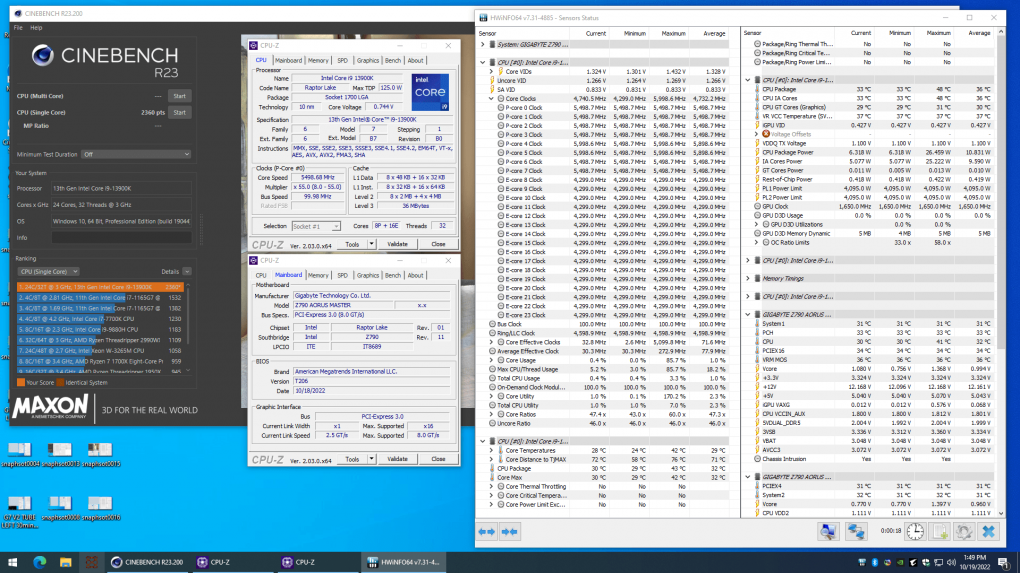 Although the feature does not sound uninteresting from a technical point of view, the usefulness in practice seems to be quite small. Gigabyte speaks of a single-core performance gain of around three percent. However, since the Core i9-13900K is the fastest consumer CPU in the world until the release of a Core i9-13900KS or Ryzen with X3D technology, enthusiasts can once again look forward to a small performance boost that will extend the lead of the chip in benchmarks can.

In addition to an extremely powerful cooling solution, which is already required ex works for the Core i9, only a Z790 mainboard is required. It is not yet clear whether Gigabyte will also offer the technology for the B760 or even the old Z690 in the future. The manufacturer recommends the in-house Q-Flash or Q-Flash Plus for a simple UEFI update. The new UEFI versions should already be available on Gigabyte’s website, but have not yet been listed.

Silent Hill: in what order to play the episodes of the Konami horror series?

Reported to Putin. Russia wants to play football in the annexed territories