Cuphead: Why don’t bosses have health bar? The authors’ response

In an interesting interview published by the British magazine Edge to Studio MDHR, the authors of Cupheadwe also get the official answer to a question that probably everyone will have asked themselves at least once: why do bosses have no health bar?

In fact, anyone who has played the masterpiece of Studio MDHR will have found themselves struggling with the difficult interpretation of the level in which you are fighting against a boss, since there are no precise references to their energy and therefore it is difficult to understand how many hits are. scored and how many still have to collect the cursed villain before going KO.

The response of the co-director and founder of the team Chad Moldenhauer to tell the truth it is understandable, that is the choice is based simply on the desire to remain as faithful as possible to the idea of ​​staging a real cartoon of the 30s. 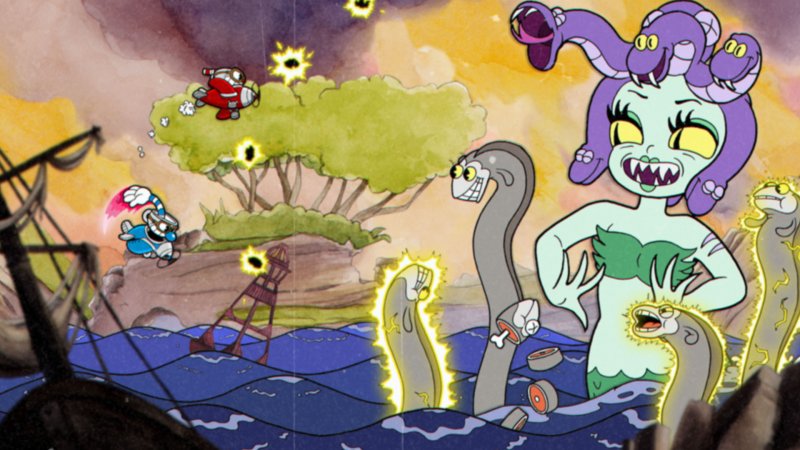 Cuphead, a fight against a boss

From a practical standpoint, a boss health bar would have been handy and the developers had thought about implementing it, but it clashed with the overall style of the game.

“None of our preliminary mockups satisfied us, in view of what we were trying to achieve: to make Cuphead a real playable cartoon, from the 1930s,” explained Moldenhauer. “But also from the point of view of designwe felt that such inclusion would risk driving players into a negative drift, prompting them to optimize for ideal DPS [damage per second, ovvero danni al secondo] and perhaps causing them to lose some essential visual elements to be grasped on the screen, to look at the bar instead “.

There is therefore astylistic but also practical requirement at the base of the choice not to include this bar, which was replaced by a very ingenious idea: the graphic representation summarizing the point where the players arrived at the time of the game over with respect to the conclusion of the battle, through the “race” of the characters who it also signals the various transformations the boss went through.

In the meantime, Cuphead has expanded and we have evaluated it again in the review of Cuphead: The Delicious Last Course, while the physical edition has also been presented which also includes the big DLC.

Daddy's boy or top coach? Why is Tite accused of nepotism in Brazil?

Remember Fable Legends? Apparently it was Phil Harrison who wanted to make it Live Service

Offerte Amazon: The Legend of Zelda Breath of the Wild in sconto per il Black Friday 2022