Analytical firm The NPD Group published game sales data in September 2022 in the United States. And they were lower than a year ago, with consumers spending $4.1 billion, or 4% less, on consoles, games and accessories. Since the beginning of the year, expenses have also decreased: for the same period last year, expenses amounted to 8% more. 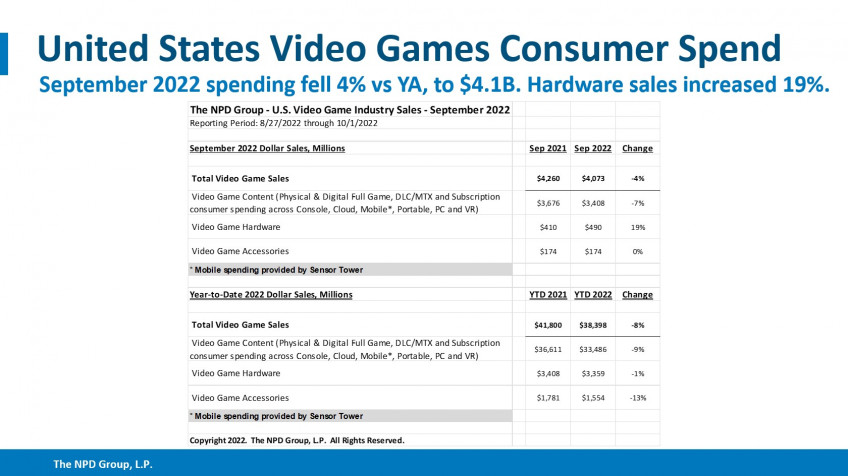 However, in September, iron sales increased by 19% compared to the previous year. This was primarily due to the improved supply situation of the PlayStation 5, its sales were in the first place. The second place in terms of the number of boxes sold was taken by the Nintendo Switch, while the Xbox Series, on the other hand, brought more money to its creators.

As for games, the entire September pedestal was occupied by sports simulators: FIFA 23, NFL 23 and NBA 2K23. The top five sellers also included Splatoon 3 and remake The Last of Us. 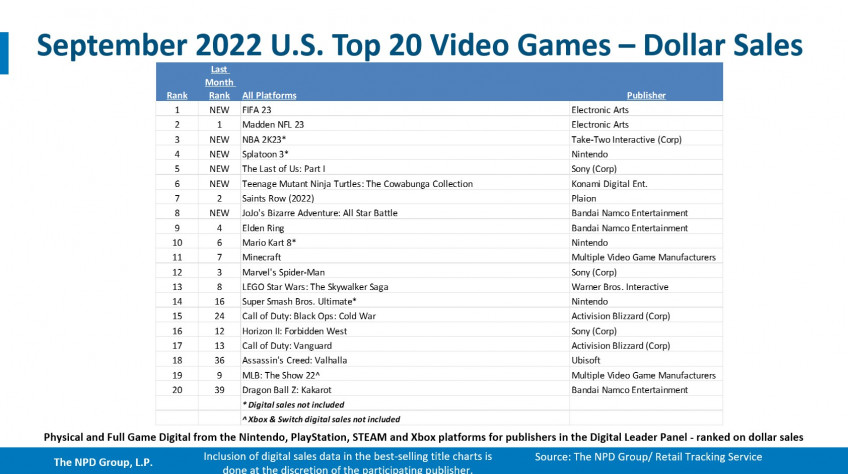 Mario Kart, the unboxing video of the $ 4000 watch

Resident Evil 4 Remake: Modern design techniques with the vision of the original

Zenith The Last City: Announced with Trailer for PlayStation VR2