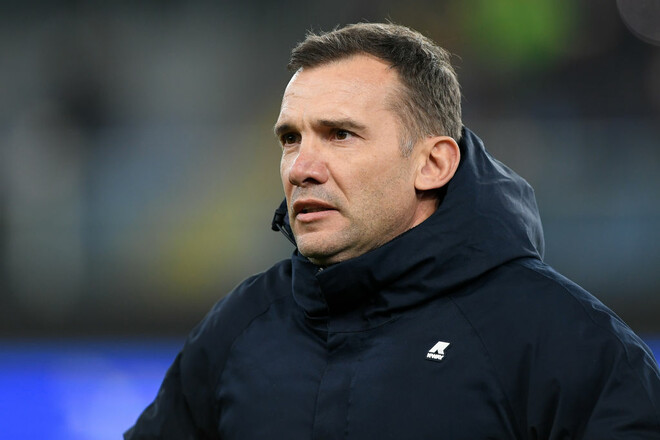 We invite you to familiarize yourself with a selection of the main news and materials on Aroged for Friday, October 21.

2A. Lucescu – out? Insiders hinted at Mircea’s departure from the post of Dynamo coach. Under the leadership of the Romanian, Dynamo lost all 4 matches in the Europa League

2b. Dnepr-1 promised Dovbik to sell it in January with a specific offer. In Italy, they write that the amount of a potential transfer can be very low

2C. Source: Setanta will continue to broadcast the UPL, but the conditions will change. The conditions agreed upon at the start of the season are no longer relevant.

2D. Metallist’s statement: Dedyshin’s words are indiscriminate slander. “Metalist” published a statement about the words of the General Director of “Rukh”

2E. Vyacheslav GROZNY: “Dynamo reminds me of Barcelona.” Ex-coach of Dnipro, Arsenal and Hoverla on the selection work of Ukrainian clubs

4. Manchester United imposed a multi-thousand dollar fine on Ronaldo. The club did not leave without punishment the behavior of the striker

5. VIDEO. Kuharevich scored the first goal for the Scottish Hibernian. Ukrainian striker opened the scoring in the match against St. Johnstone

6. The ex-first racket of the world was suspended from tennis for a positive doping test. Simona Halep is in big trouble

7. What will the Super League look like in the new season? Aroged observer announces the start of the domestic basketball championship

8. Shiffrin vs Vlhova, Odermatt vs all. Ski season preview. Aroged announces the start of the World Cup 2022/2023 in alpine skiing

9A. The youngest players of each of the Premier League teams: who are they and where are they now. Few have managed to achieve serious heights at the professional level …

9b. Tyson Fury decided to buy a football club. We already know what the team is. Morecambe are in the 3rd Division of the Premier League.

10. VIDEO 18+. The Armed Forces of Ukraine liquidated a well-known Kadyrovite. Asluddi Muradov became a fertilizer for the Ukrainian black soil

A PHOTO. He insulted the referee. Mourinho suspended for two matches