Private Division and Intercept Games today announced that Kerbal Space Program 2 is entering Early Access. “Kerbal Space Program 2” offers a lot of new content for the players right from the start of the Early Access phase, including hundreds of new and improved parts for the construction of various vehicles and rockets, time-lapse acceleration for improved long-distance flights, and superior graphics, including a system for planetary atmospheres and terrain – this is easily the most visually stunning KSP game ever! The game also features improved tutorials and a streamlined user interface for new players to give them the knowledge they need to make great space flights. By purchasing Kerbal Space Program 2 in Early Access, the community can contribute to the future development of the game by providing feedback directly to the developers as we progress towards the final version release. 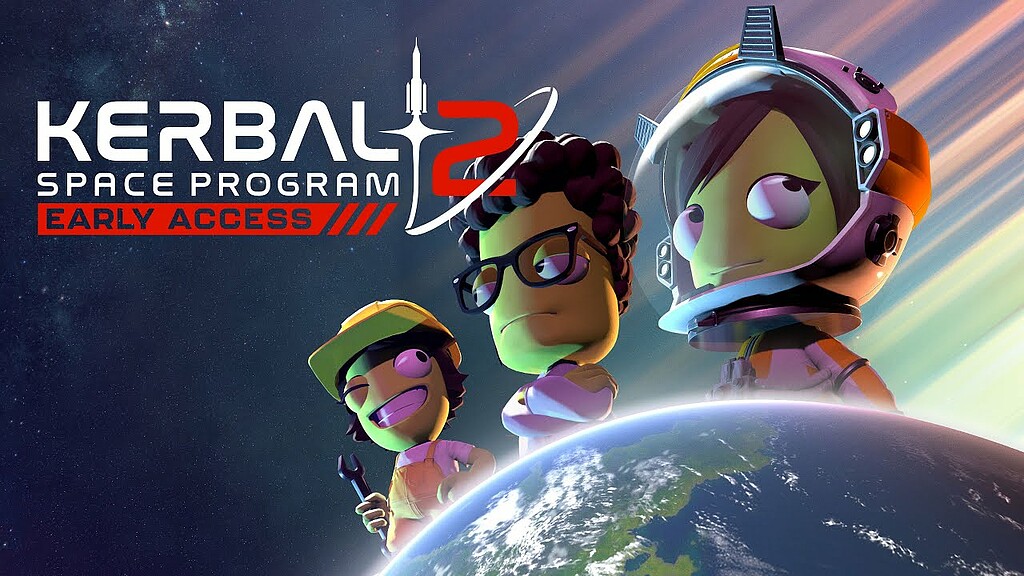 The core gameplay of Kerbal Space Program 2 will be better than ever, giving players nearly endless possibilities with tools to create advanced spacecraft and lunar vehicles. Once the game enters Early Access, more than 350 new and improved parts await players, including engines, fuel tanks, procedural parts systems, and more. Using these extensive building blocks, players can build airplanes, rockets, planetoid vehicles and other creations for their adventures. “Kerbal Space Program 2” will also offer the ability to customize and paint vehicles, making each building project even more personal and expressive.

In addition to this wide range of new parts, the game will feature impressive new environments to explore. At the beginning of the Early Access phase, players can already travel the entire Kerbal system. Departing from beautiful Kerbin, Kerbals explore the crater-strewn Mun, admire the gigantic green clouds of Jool and discover breathtaking panoramas on these revamped celestial bodies. All of these classic locations have been redesigned and offer unrivaled realism and impressive complexity thanks to a terrain system that will pose new challenges for players when choosing a place to land. Fans will fly through beautiful cloudscapes with a new planetary atmosphere system.

“We’re very excited to release Kerbal Space Program 2 into Early Access and show fans the great progress we’ve made in the final stages of development. At its core, KSP2 is about exploration, discovery, and defying gravity by adding more engines.”

Star Wars Tales of the Jedi: Release date, story, Ahsoka... All about the new Disney+ series

Nio ET5, ET7 and EL7 made official: 1000 km of autonomy, charging in 5 minutes and subscription to Netflix

LG is looking higher in Amsterdam