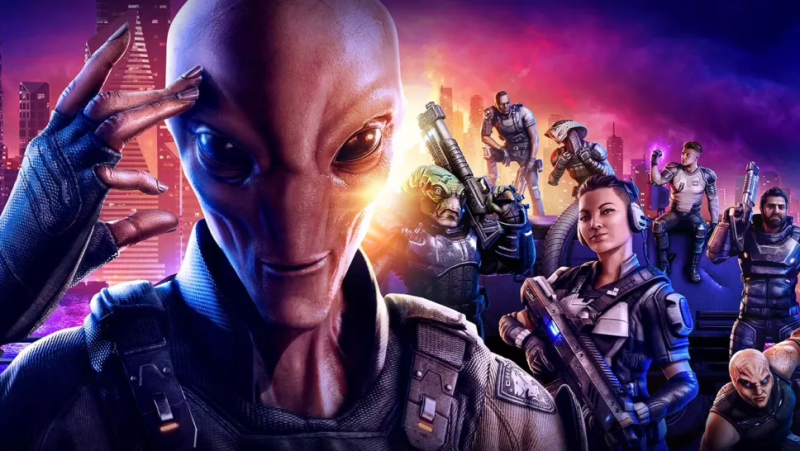 As a child, UFOs seemed to be a frequent sight. As if everyone had a story about a UFO sighting, or at least knew someone who saw a UFO. There was so much talk about aliens in the past that one would think that the probability of seeing a flying saucer is higher than a passenger plane.

In the decades that have passed since then, this trend has almost died out, probably due to the fact that almost everyone in the world now carries a camera in their pocket, but at the same time takes very few pictures of UFOs. Like this. But lately, it looks like UFOs are making a comeback back into the mainstream, given Pentagon hearings and military footage showing strange things in the sky. Nowadays, a new name has even appeared for UFOs: UAP, or Unidentified Aerial Phenomena – unidentified aerial phenomena.

Now NASA is getting serious about saucers, forming a real-life XCOM squad to deal with a potential alien invasion. Barely a month after NASA pummeled the asteroid as a show of force for the observing aliens (officially to change the course of the asteroid as a result of the impact), NASA announced that they were creating an elite team to destroy any aliens that dare to set foot (or tentacle) to our planet.

Of course they didn’t say that, but they should have.

NASA has selected 16 people to be part of the independent Unidentified Aerial Phenomena Research Group (UAP). Over the course of nine months, a team of independent researchers will lay the groundwork for future research on the nature of UAP for NASA and other organizations.

We all know what “future research” means, right? It means “figure out the best way to kill those nasty grey-skinned invaders from the other side of the moon.”

NASA also announced the names of the 16-man team, which I assume, like in XCOM 2, were randomly generated. Just take a look at the list. David Greenspoon. Matt Mountain. Karlin Toner.

The team will “determine how data collected by civil government organizations, commercial data, and data from other sources can potentially be analyzed to shed light on UAP,” NASA said, with a report on their findings to be released to the public in mid-2023. I hope it’s not too late to save the planet.

It remains unclear what will happen after the report is completed. Presumably, when a UAP is detected, a detachment of existing team members will be formed and orders given, and one by one they will strategically move through the shelter until they are within half a meter of the alien. They will then pull the triggers on their magnetic guns and miss despite a 97% chance of success. We wish them good luck. For all of us.

Final episode of 'House of the Dragon' leaked online