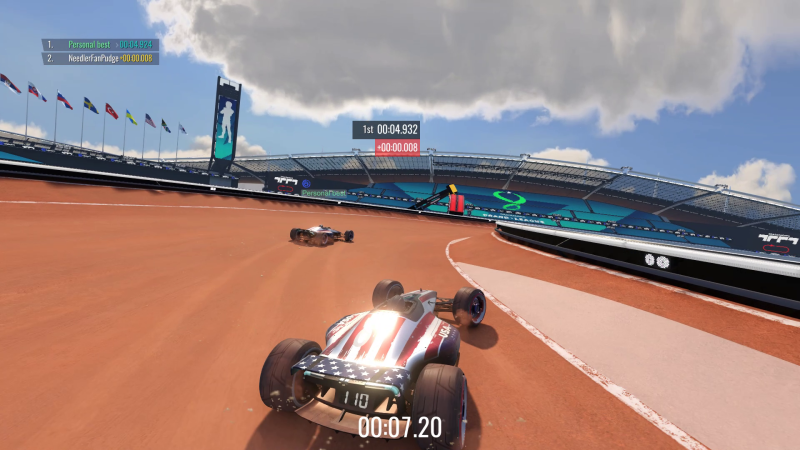 A French organization is developing technology that will allow visually impaired people to better perceive their environment and is using video games to test and expand it. In the process, they managed to make Trackmania accessible to even completely blind people.

Artha France has developed a haptic feedback belt that translates information from devices such as a camera or display into sensations on the skin. At first, using a virtual environment to test technology was just a low-cost way, but as the hardware has evolved, it seems to have become an end in itself.

Trackmania was chosen not only because it is consistent and fairly simple, but also because it simulates many real-life tasks, requiring players to be fairly quick-witted under the right conditions. Learning how to use the technique while playing Trackmania meant that quick reactions were helpful.

When device testing first began, users needed between six and 20 hours to learn. By this year, new players will be able to master the device in an hour. The first videos showing the technology in action show that the first adaptation to the digital environment was a test using a maze built in Minecraft. The next step? Obviously, it consists in placing a person using a tactile installation in a real underground mine.

The English Youtube channel Artha has more details on the process, which talks about the development of the technology over the past few years. It lasts about eight minutes and is really fun if the whole process intrigues you.

Something for every gamer: These are the best gaming keyboards in the test

This interactive map takes you on a journey through space