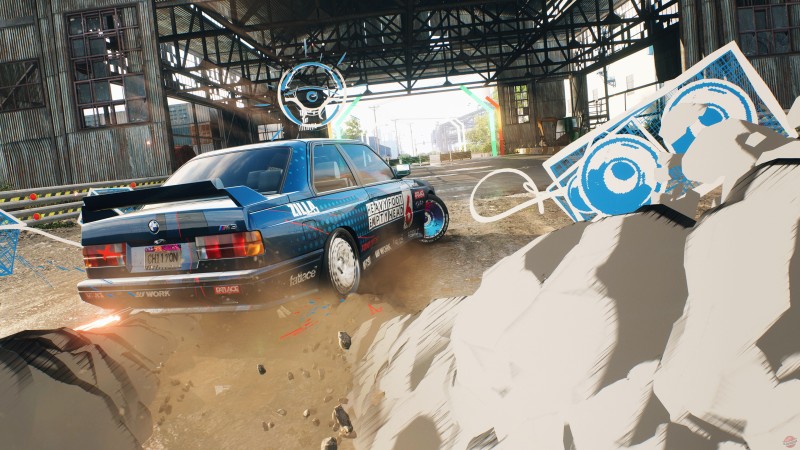 The official site of Need for Speed ​​Unbound has published two interesting articles about gameplay mechanics.

During the races, we will increase the so-called “Heat” level, which will allow you to unlock more and more profitable challenges, but at the same time make the police chases more and more insistent.

If you get caught, you will lose money. Returning to the hideout will save your earnings, but will reset the Heat level, and, in addition, the time in the game world will be rewound half a day forward. So it will be a bit like roguelite games, where death often strips you of loot, but doesn’t reset all of your progress.

To escape from the police, especially in high “heat”, good driving skills will not be enough. You will also need to know the city well in order to use shortcuts, drive against traffic, or use underground routes that allow you to drop your tail.

The biggest race will be the so-called “Grand”, which takes place at the end of each week. To get into it, we will have to beat our rivals three times in races involving cars from four classes. Thus, we will need to have in our collection a car corresponding to each class, and enough money to pay the entry fee.

All this means that players will have to decide for themselves how much they are willing to risk. High “Heat” will allow you to earn fast, but if you get caught, you will lose all the money received for this session. You will also need to carefully plan your expenses. The prospect of getting your car up quickly can be tempting, but not if it runs out of entry fees.

Dark water in Call of Duty: Modern Warfare 2: the right answers to stop for

Paris Games Week invites all cosplayers for an exceptional event

They cultivate neurons in a box and make them play a mythical video game!

Warhammer 40K Darktide: a Beta coming before the launch, here’s how to participate