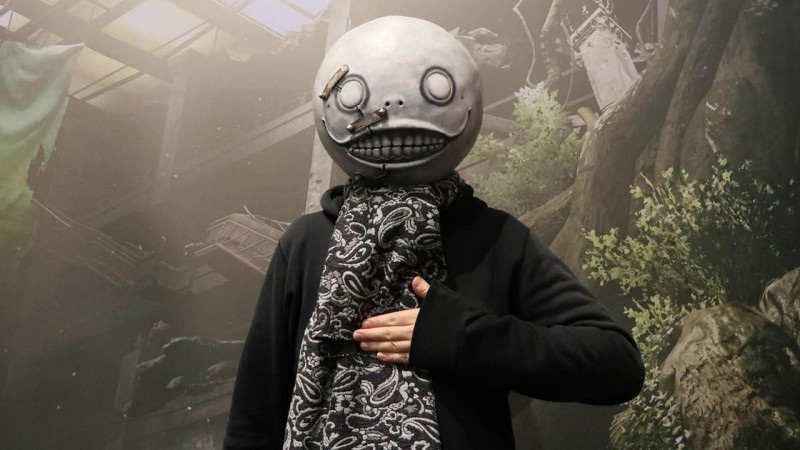 Nier: Automata is widely regarded as one of the best games of the moment, and it’s undeniable that the game has had a significant impact on potentially millions of people since its release in 2017 thanks to its theme. Even now it has become known that the creator of the game, Yoko Taro, now and then receives messages from fans claiming that the game “cured” them from depression.

In an interview with GameSpot, several high-profile developers, including Yoko Taro and Nier: Automata producer and producer Yosuke Saito, were asked about their opinion on the game and its success as it recently launched on the Nintendo Switch. Taro was asked if it was an intentional design for people to experience starkly contrasting emotions after completing a game, to which Taro replied that it was “not intentional”, but she believes that the game is “a mirror in which the player is reflected”.

Even now, from time to time, I still get messages like “my depression has been cured”, but that was not the intention at all. “Then why am I getting these messages?” I wondered, and I think it’s because NieR is a mirror-like game that reflects the player. Nier doesn’t portray “justice as its creator intended”, but instead is built in a way that poses a question to the player. Light and darkness, life and death – these dualities could serve as a catalyst for expanding the boundaries of freedom of thought.

Although, in true Yoko Taro fashion, he messes up the whole quote by saying that he was trying to sound smart, so god knows what goes on in this beautiful man’s head every hour. However, it’s not too surprising that so many people reacted to the ending of Nier: Automata, as it’s a very emotional game with many memorable characters and a powerful ending.

Bayonetta 3: there is still time to pre-order the game on Nintendo Switch at the best price!

Bastogne out of the starting line-up against Fiorentina