Role-playing detective Pentiment from the authors of Fallout: New Vegas went gold — will be released on November 15

Xbox Game Studios и студия Obsidian Entertainment (Fallout: New Vegas, The Outer Worlds) announced that the role-playing game in the medieval setting Pentiment went to gold. The director of the project, Josh Sawyer, also spoke earlier about how it works on consoles and PC. 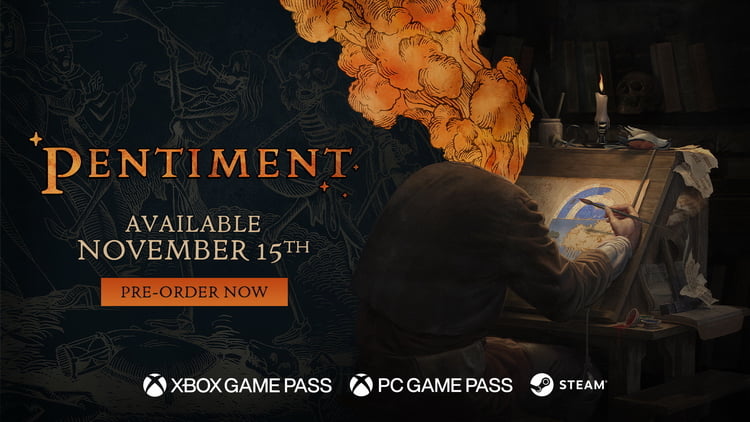 On the Xbox Series S, the game will run at 1440p at 60 frames per second, Sawyer said. At the same time, on the Xbox Series X, the performance will be the same, but the resolution will increase to 4K. On Xbox One, the RPG will run in 1080p at 60 frames per second. However, Sawyer warned that in some 3D scenes, the game’s performance drops somewhat.

The release of Pentiment is scheduled for November 15th. The game will be available on PC, Xbox One, Xbox Series X and Series S, and will also be available on Xbox Game Pass. Set in 16th-century Europe, the story follows illustrator Andreas Mahler as he tries to solve the mystery surrounding a series of murders for 25 years.

God of War Ragnarok is coming: our impressions before the review

Android: These apps on the Play Store eat your battery