Polish studio Ancient Forge and publishing house Frozen District last spring, an unusual landlord simulator was released into early access The Tenants And the premiere turned out to be a success. And now, a year and a half later, the game has left early access and has grown to version 1.0.

For the release update, the creators did not prepare new mechanics, instead focusing on the ideas and suggestions of the players. But we are now waiting for the completion of the storyline: after the final mission, we will be able to send Uncle Steve to a well-deserved rest and choose a new assistant.

The main dialogues are now voiced in the game, however, only in English. New elite contracts have appeared, the system of improvements has become more convenient. And our tenants will now increase in levels, which will bring rent increases and even unique interior items.

The creators of The Tenants have shared some details about future support for the game. We have two DLCs coming up, Player Headquarters and City Projects and Investments. The developers also promise workshop support Steam.

Until November 3, you can buy the game at a discount, for 372 rubles. 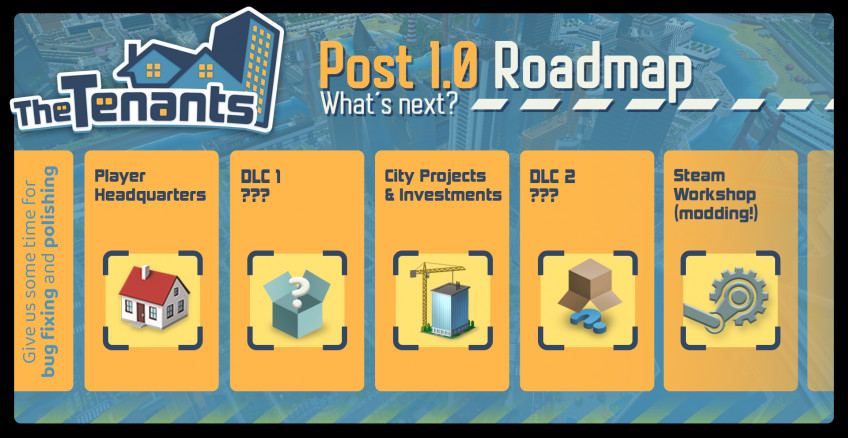 E-car: Cadillac hits the market with $300,000 Celestiq and 3D-printed parts

WoW: Dragonflight: The freedoms you have through lack of borrowed power

Already affordable, the Xiaomi Redmi Buds 3 Pro are even more so today