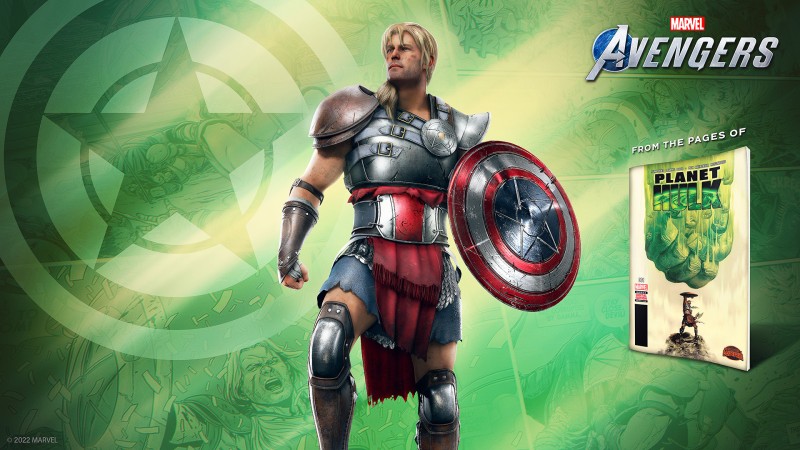 The creators of Marvel’s Avengers have pleased fans of Captain America with a new skin to fight the forces of evil. This latest offering from Crystal Dynamics continues the constant stream of new cosmetics for Marvel’s Avengers, and it may be of particular interest not only to fans interested in Steve Rogers’ rather varied look, but also to fans of the Planet Hulk comics.

Not to be confused with the original Incredible Hulk storyline of the same name, which was loosely adapted into Thor: Ragnarok, the Planet Hulk comic book series was a 2015 offshoot of Marvel’s multiverse-shattering Secret Wars storyline. Among the characters it featured was an alternate universe version of Steve, who ended up in Battleworld, a patchwork reality made from pieces of destroyed universes, and forced to fight his way through hostile territories inhabited by numerous feral Hulks.

And Marvel’s Avengers players can take on a gladiatorial version of Captain America. The new skin, simply known as “Gladiator”, is now available in the game’s in-game store, following the Hulk skin from Thor: Ragnarok, as the latest Planet Hulk-inspired cosmetic to be added to the game.

Will new cosmetics like Captain America’s Gladiator be enough to keep players coming back to Marvel’s Avengers in light of the game’s volatile lifecycle and content roadmap? It is unlikely that players are already expressing their dissatisfaction with the level of development of the game.

But even if that doesn’t happen, Steve Rogers fans at least have something to look forward to in the near future thanks to Skydance’s as-yet-untitled Marvel game featuring Cap and Black Panther in World War II.

Retrogaming: the release of the Mega-Drive Mini 2 is approaching and there is still time to pre-order your piece of nostalgia

After Dahmer: New seasons of “Monster” with other killers on Netflix