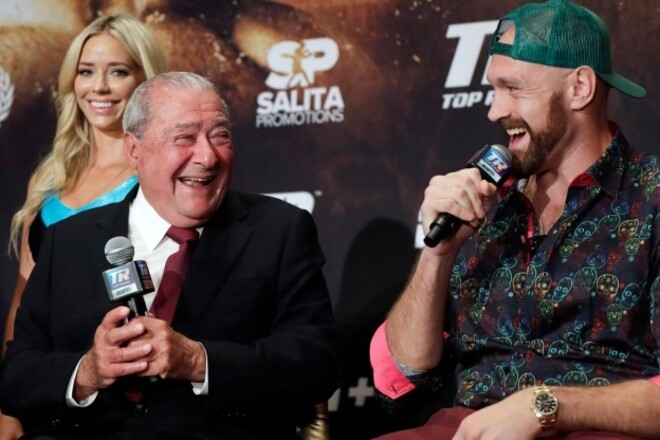 Promoter Bob Arum, who handles Tyson Fury’s business, has revealed he plans to meet Oleksandr Usyk and manager Egis Klimas ahead of the Vassily Lomachenko fight on October 29.

They will discuss the fight for all the titles Usyk – Fury, which should take place in 2023.

“I know Usyk well, who is a friend of Vasily Lomachenko. I’m doing Lomachenko’s promotions, so before his fight with Ortiz, we will have a meeting with Usyk and manager Egis Klimas.”

“We will discuss the fight for all heavyweight titles. I know that both Tyson Fury and Oleksandr Usyk are interested in this fight. If anyone has a chance in a fight with Fury, then Usyk, ”Arum is sure.

Usyk will not return to the ring this year, but Fury will fight Derek Chisora ​​on December 3.

God of War Ragnarok: discounted pre-order of 20 € from MediaWorld and Euronics

Do you know which is the best-selling Xbox game ever? The name may surprise you

Elden Ring: Twitch streamer is playing it using a graphics tablet as a controller