Dynamo spends the worst season in years, but loses not only on the field

What emotions does Dynamo Kiev evoke in you? Seriously, not the game of the capital club in the current UPL draw or European competition. Not a breakthrough in the competition with Shakhtar for gold since Mircea Lucescu came to the coaching bridge. Try to disregard purely football emotions, no matter how difficult it may be, given the failed campaign of the Kivlians on all fronts, and answer the question: “What do I feel when I see the symbols with the letter “D”, read the news or hear about events like – or associated with this club? And then comes the frightening emptiness. Particularly frightening in the new Ukrainian realities, in which the war and all the accompanying hardships burst into the lives of millions of Ukrainians, and many somehow simply do not care about football, which for the average layman is nothing more than entertainment.

Dynamo is still a big Ukrainian brand associated with great victories and big successes of the past. How could it be otherwise, if in Soviet times this club was the destination for all the best football players in the country – Dynamo took the very best, and at the matches of the USSR championship and European tournaments there was nowhere to fall on the “Republican” apple.

Dynamo is about victories, about trophies, about a glorious football history that you want to be proud of. Those who at least once witnessed a football festival performed by the star Dynamo of past years continue to live with the feeling that this is the strongest club in the country. The best club that has no equal.

How then to live and cheer for Dynamo, which is in 8th place in the UPL, loses to Cypriot AEK and after four rounds of the Europa League has zero points on its balance sheet? Any football project moves cyclically and has in its chronology both moments of glory and moments that you want to forget. Losing is unpleasant, but it’s okay. If there are more losses than wins, then these results are the result of a trend, formed under the influence of certain factors. It could be a war with Orkostan, a series of injuries, a disrupted preparatory process due to moves, a failed transfer policy. There can be many reasons, and often they affect the outcome in a complex.

The search for the guilty is intensified due to unjustified expectations, because with the start of the war and the onset of the new season, it was Dynamo that was considered the undisputed favorite. Shakhtar weakened from the loss of the Brazilians, some experienced players from other teams left to play in Europe, and some clubs could not start in the UPL at all. Who else to become a champion, if not Dynamo, which retained the composition and the coach, who managed to throw off from the football throne, Shakhtar sitting there? 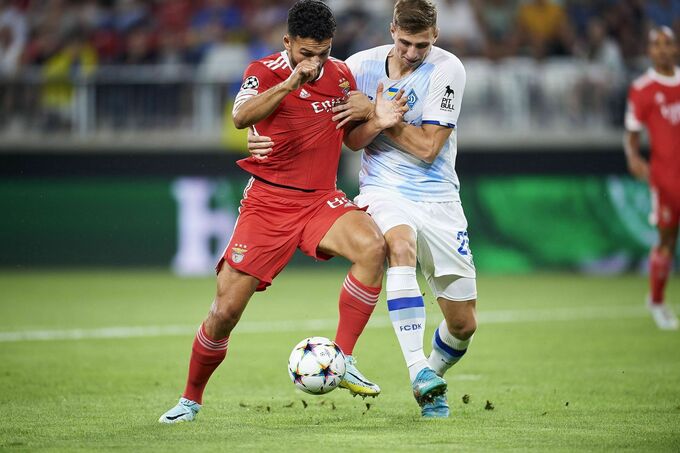 But it is precisely in this issue that the main tragedy of the current Dynamo lies. Everyone is waiting for the result from Dynamo. When there is a result, the brain turns on a trigger about “better team a country that must always win.” When it is not there, there are no emotions, except for irritation – how is it? The management of Dynamo led the club into a trap, from which every year it is more and more difficult to get out. After all, Dynamo no longer destroys everyone and everything on the football field. And the Ukrainian giant suffers his main defeat outside the football field.

In an interview with a Ukrainian sports publication, Igor Surkis was once asked why Dynamo does not work with fans, why the club does not pay due attention to marketing, and in general how to share the Kyiv audience of football fans with Shakhtar, who moved to the capital. The most interesting thing in the reaction of the president of Dynamo was that there was no answer to the question. But we are talking about a strong academy and investments in infrastructure. Apparently, Igor Surkis believes that a top club should declare itself through sports success, and not through PR and communications. Maybe this is what the older audience, living in the golden Dynamo past, and the generation of those who saw how the people of Kiev scored seven goals against Barcelona and beat Real Madrid yearn for. It is the grandparents from the village that Igor Surkis cites as an example in a discussion about why he refuses to give away the rights to broadcast matches to Setanta, which won the tender for showing the UPL. As well as the high popularity among the population of the country, which, in the conditions of war, should have free access to Dynamo matches.

Now let’s look at what a football club should be doing in terms of non-football activities, which are often designed to increase the fan base, expand its geography with the subsequent increase in brand value and asset value and the goal of making more money.

Imagine the situation: a girl comes to her young a man in London to visit, and on the very first evening he asks her about football tastes.

What team do you support? Arsenal, Chelsea or maybe Tottenham?

“So that’s not the point. You may not go to matches and not like football at all, but you must have a team that you support!”.

In today’s world, it is no longer enough for a football club to simply play football successfully. To go to his matches, the community must feel a deep connection with him. A football club is a brand just like a supermarket chain, a juice producer or a postal operator. It’s good for a club to have revenue from season tickets and match tickets, but the accelerating pace of life and the wide choice of leisure activities among consumers dictate new conditions in which football is increasingly inferior to other pastimes. Not every fan will come to the next match, but a cup with a logo on the desktop or a personal birthday greeting from your favorite club to some extent replace the emotions lost from football. And increase brand loyalty.

The community wants to feel an emotional closeness to the club, its involvement in its life. A successful brand sells emotions, and a successful football project puts itself on the same level with each of its fans, creating many small shared stories. An open day at a football base, a meeting with fans at a shopping center, a visit to a school, or just a selfie walk around the city center. It’s one thing to look at your idols from the stands of the stadium or on TV, but it’s quite another to feel an emotional connection and realize that they are just ordinary people like everyone else. That they walk the same streets, like the same food, listen to the same music, just like everyone else, contribute his contribution to the victory of Ukraine in the war against the Russian occupiers. 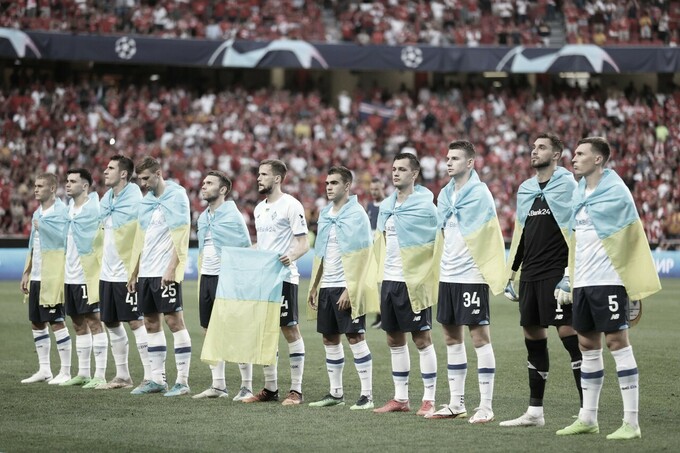 The goal of any football club that seeks to develop its fan base is a teenage audience. These are people who literally absorb the emotions received from communications with the outside world. It is during these years that a person determines what is valuable in his life and what he is ready to spend material wealth or his time on in the future.

Well, at least somewhere in the paragraphs above did you find a hint of Dynamo?

The world is changing, but not Dynamo, which remains such a closed club from the whole society. The destiny of a fan is to turn on the broadcast and see how a team once strong by European standards is struggling to score a goal against anyone – Rennes, Shakhtar or Minai. These 90 minutes are the very limited period of time when millions of football fans of the capital club feel Dynamo’s involvement in their lives.

The world is changing, but not Dynamo – a magical gathering place for “Dynamo hearts” who dream of being useful for the Kyiv club, only the center for making and not making all decisions, even at the micro level, remains in one office. The attempts of this eerily unwieldy club to show that there are changes, and yet it is still transforming and adapting to the challenges of modernity, are especially arousing a smile. Here, they even hired a new development director, who co-organized the Dynamo charity European tour this summer – Maxim Radutsky. Hooray, new faces! Stop, isn’t this the Radutsky who…?

The world is changing, but not Dynamo – it’s better to find a photojournalist on the side to shoot an away match than to take one who works at the club with the team. After all, a woman on board – unfortunately? Terrible stereotypes in the camp of the Ukrainian club were smoothed out only by the hostilities that have been terrifying Ukraine for 8 months now, and the accompanying restrictions that the club has experienced with its staff.

With the current foreign policy, Dynamo runs the risk of losing the status of an all-Ukrainian team, “for which 50% of the country supports” in 10-15 years, and becoming an ordinary football club. It could have been earlier, but the partners from Favbet helped out, who really managed to capture the soul of the people of Kiev and the true fans of the club with the video “Dynamo is the team of your place”. For the first time, evoke emotions among Dynamo fans outside the football field. Associate Dynamo with 3 million Kyivans.

“Dynamo” will still collect the stands, but it’s not a fact that the fans of the white and blue will pass on unconditional love for this part of their lives to their children. It is for their attention that the most titled football club in the country will have to compete in order to compete with much more open and accessible ways of spending time and be in demand the next generation of Ukrainians.

Vladimir ZELENSKY: "Iran is lying that it does not sell drones to Russia"

Without Dominic Thiem. The finalists of the ATP tournament in Antwerp were determined

EU approved! Electronic devices only need to be charged with USB-C, starting late 2024.