October 23rd, 2022 at 9:30 a.m. by Maximilian Hohm – G.Skill has presented new, fast DDR5 memory kits to coincide with the launch of Raptor Lake. They all have a specification of at least DDR5-6800, while the smaller 16 GiB modules offer at least DDR5-7200 and DDR5-7800 at the top. Therefore, read more about the new memory kits below and which clock G.Skill has achieved with which latencies when overclocking.

With the release of the Alder Lake platform, DDR5 RAM was also released for the consumer market last year. While this offers significantly higher clock speeds, lower voltages and several other advantages, the latencies are worse compared to DDR4 memory and very fast DDR5 memory is required to achieve a measurable and clear advantage over its predecessor. While Alder Lake is still officially specified for DDR5-4800, the speed of Raptor Lake has already increased to DDR5-5600.

However, most enthusiasts are also aware that this is far from the end of the road and stable memory clock rates above DDR5-6000 were often possible with Alder Lake without any problems. Matching the release of the AM5 platform and now Raptor Lake, the memory manufacturers are also offering new DRAM kits that are supposed to score with high speed. G.Skill has now presented new kits with clock rates of DDR5-7400, -7600 and -7800, which are supposed to harmonize perfectly with Intel’s new processors. 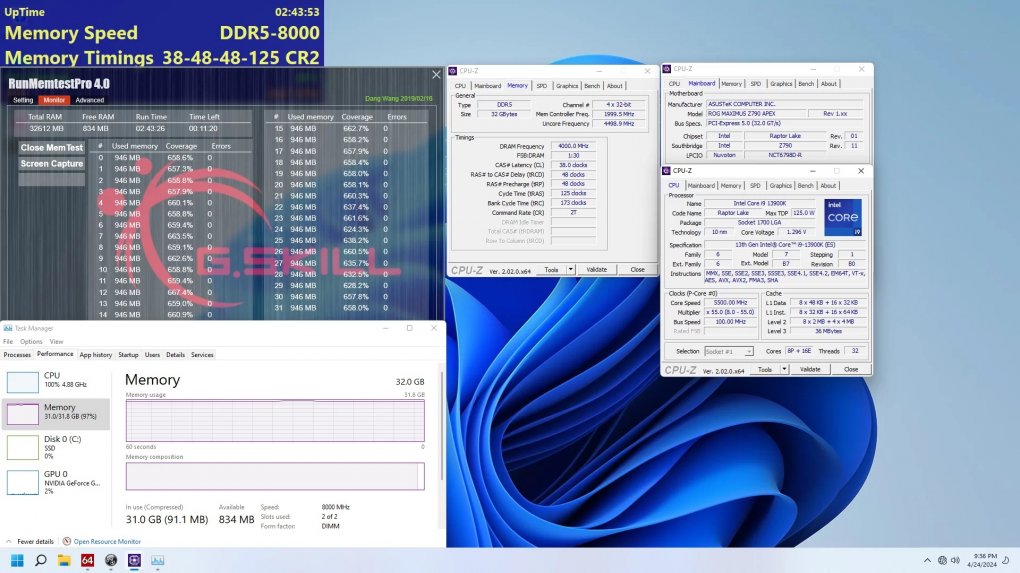 All three kits have been validated on an Asus ROG Maximus Z790 Apex with a brand new Intel Core i9-13900K. Consisting of two bars of 16 GiB each at CL38, the DDR5-7800 kit is the new flagship of the Trident Z-5 family, while just a step below DDR5-7600 of the same size already has an XMP 3.0 profile is used that makes the high memory speeds very easy to set, provided the rest of the platform is designed for it. The DDR5-7400 kit, on the other hand, offers two bars of 32 GiB each and does not require a choice between capacity and speed.

As part of the presentation, G.Skill also overclocked the new modules, achieving a respectable result of DDR5-8000 with latencies of CL38-48-48-125 on the new Intel platform. The new memory kits should be available in retail outlets in the near future or are already available. The 32 GiB DDR5-7600 kit is listed in the PCGH price comparison from 549 euros and can be ordered.

Found another hero. Arshavin about the agenda

Does God of War Ragnarok have masked uploads? It's not PS4's fault, according to Naughty Dog

Netflix: very good news for one of the most popular series in the catalog!