Johnson refused to go again to the premiere: the reason is known 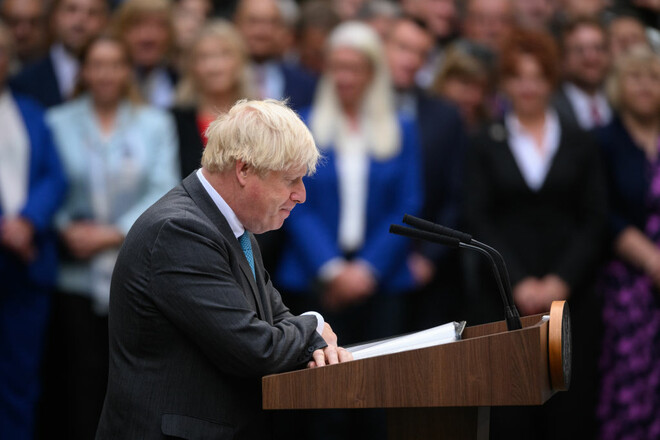 Former British Prime Minister Boris Johnson on Sunday announced his refusal to participate in the new election of the leader of the Conservative Party.

In a statement circulated by the British media, Johnson said he had the support of a sufficient number of Conservative MPs (i.e. more than 100), but decided that running his candidacy in the current circumstances “would simply be wrong” and that “you cannot effectively manage the government if you don’t have a united party in parliament.”

Johnson confirmed that he had been in talks with other candidates (Rishi Sunak and Penny Mordaunt) to combine campaigns “in the name of the national interest” “but unfortunately we were not able to achieve that.”

“Therefore I am afraid that the best thing I can do is to prevent my candidacy from being nominated and support the one who wins,” he summed up.

Thus, two candidates are now officially contending for the post of leader of the Conservative Party of Britain – former finance minister Rishi Sunak and leader of the House of Commons Penny Mordaunt. According to Sky News, Sunak has secured the support of 144 MPs, while Mordaunt has only 24, which will not be enough for a nomination.

To be nominated, a candidate must secure the support of at least 100 Conservative MPs by Monday 2:00 pm. After that, the next rounds of online voting will take place between the candidates. In the event that only one candidate receives sufficient support from parliamentarians (so far it is only Sunak), he automatically becomes the leader of the Tories and the Prime Minister of Britain.

British Prime Minister Liz Truss announced her resignation on Thursday after six weeks in office. Until October 28, the Conservative Party is preparing to announce the name of the new leader and, accordingly, the head of government.

Coach Metallist 1925: "The team played for each other"

World Cup in Qatar: France is sounding the alarm for your smartphone and your personal data