Leaked the exact character banners of patches 3.3-3.6 in Genshin Impact 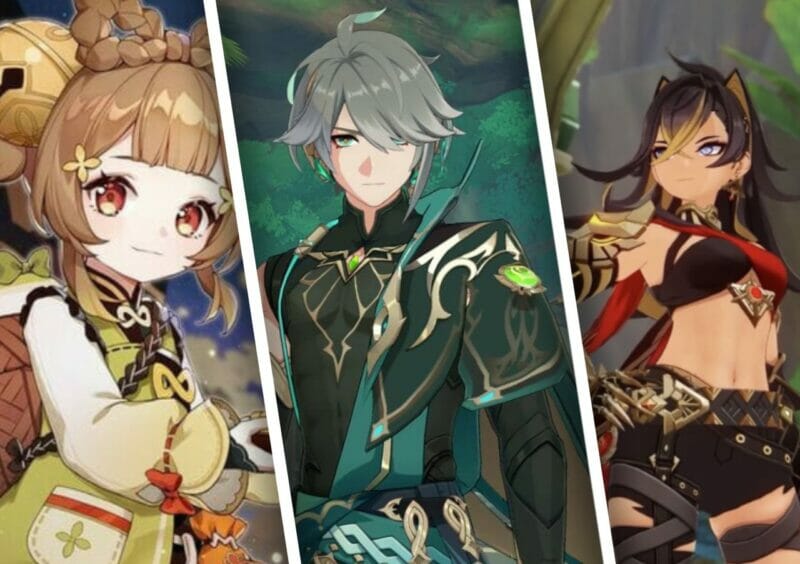 The largest leak in the history of Genshin Impact has taken place, previous leaks for patches 1.5 and 3.0 nervously smoke on the sidelines, because this time insiders got their hands on the HoYoverse server client up to version 4.0. These are not just plums / guesses / assumptions, but the company’s plans for the development of the game written in advance.

There is a lot of information, in the same article we will share drains about banners in patch 3.3-3.6 with new characters that players have been waiting for a long time. The leak was posted by a verified insider Ubatcha: 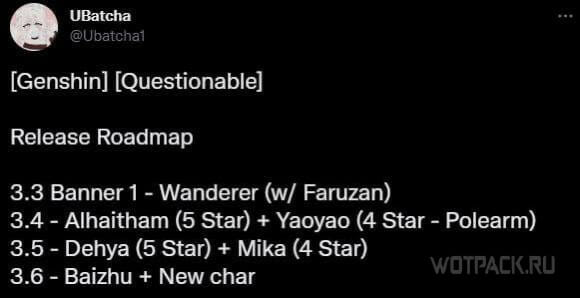 These are the news, and there is no reason not to believe them. The appearance of al-Haytham in 3.4 was a complete surprise, this patch was supposed to have a lot of reruns. Considering that this leak could change your plans for knocking out characters, we still recommend that you first familiarize yourself with the hero builds that will be in banners 3.2: Nahida, Laila, Yoimiya, Yae Miko and Tartaglia.

You should not rule out the possibility that the developers will react harshly to the leak and start redrawing their plans because of it, but so far there have been no official comments on this situation.

Write in the comments what you think about such a leak and who will you still try to get into your squad? Keep an eye on the news section of the site, there will be many, many, many leaks coming soon. Also, don’t miss the main information and announcements for update 3.2.

VIDEO. Atalanta lost to Lazio. Malinovsky came on the field after the break

“This is a game for the next 10-20 years”: Todd Howard hopes The Elder Scrolls VI will be as long-lived as Skyrim