Unlike LEGO games based on well-known franchises from the TT Games studio, which allow you to build objects from bricks according to strictly scripted rules, LEGO Bricktales from the ClockStone team gives you much more creative freedom. This is both good and bad for the player. More details in our review.

LEGO Bricktales is not based on any of the iconic universes, instead offering a set of themed levels – jungle, eastern castle, pirate fort and so on. The journey through them has a clear goal: the main character wants to help his grandfather put the amusement park in order, otherwise it will be closed. Moving through the portals to various biomes and helping the locals, the protagonist will collect energy for the rides to work.

However, the game is not at all interesting for its plot, although the authors try to dilute the adventure with jokes and funny scenes. The key advantage of LEGO Bricktales is the gameplay of the project, which is a hybrid of a sandbox and a physical puzzle. The developers of the game previously released the Bridge Constructor series of games, so it’s no surprise that in LEGO Bricktales they also decided to make the players scratch their heads. 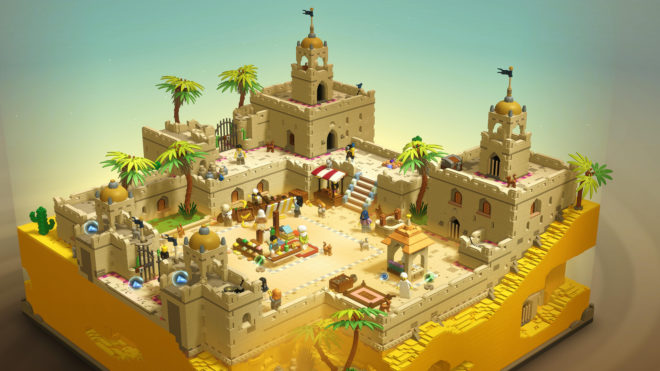 A short tutorial brings you up to date, introduces you to the basics of the gameplay, after which the gamer is left alone with the game. Moving through the locations is fraught with many obstacles that must be overcome using ingenuity. Each of these tasks moves the character to a separate area, like a playground, where nothing will distract him from the process.

It looks something like this: the protagonist stumbles upon an insurmountable abyss. Nearby is an icon that will send him to a place where the LEGO parts used to build the bridge are already laid out. With only this supply, the player must create a crossing, and then test it with a small robot. 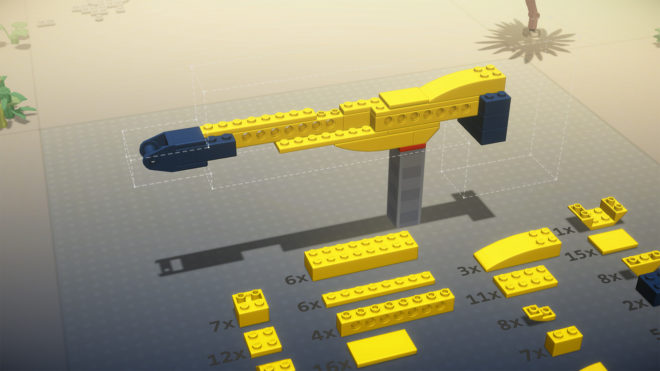 LEGO Bricktales approaches the building process with all the meticulousness: the bricks correspond to real LEGO parts, and also obey the laws of physics. Therefore, you should not expect that you will be able to complete the task with a bang: the steps should not be too high, the bridge should be supported by struts and struts, and so on.

There are no instructions and hints, and therefore you can spend a lot of time on a single puzzle that defies your engineering genius. This, perhaps, is the key drawback of the title: it does not make indulgences, and therefore zen-building can turn into frustration in cases where the player cannot cope with the task. 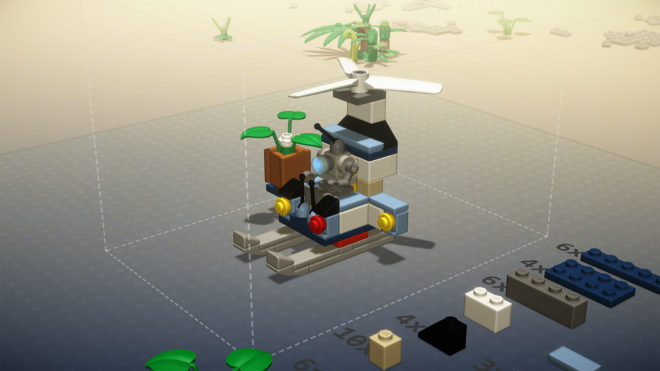 The obstinate camera adds fuel to the fire, which stubbornly does not want to become as it should, taking the most uncomfortable angles. For the gamepad in this game is better not to take; the keyboard and mouse provide more precise control, though not perfect. Because of this, the bricks always get somewhere wrong, and some puzzles turn into torture.

On the other hand, patience and work are rewarded with a rush of endorphins, from the type of a functioning structure. If desired, after the assembly, you can go into sandbox mode to supplement it with more details and bring it to the perfect look. This does not provide any bonuses, but allows you to experiment with engineering solutions. 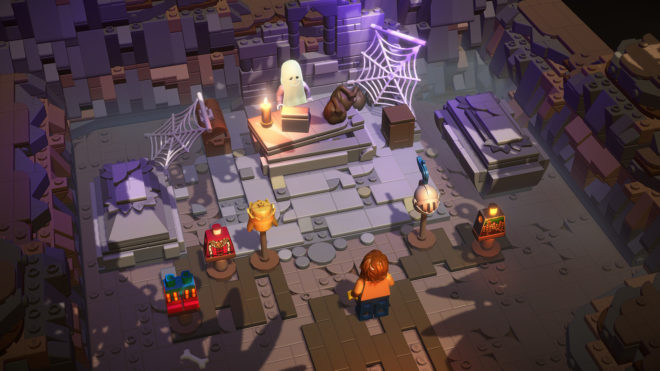 LEGO Bricktales takes just over ten hours to complete, looks good, and often brings a smile to my face with its visual design and humor. If you are used to playing games from TT Games, where everything is built by magic, then you will have a hard time here – you will have to work hard to get through even the first biome, not to mention the next ones. If you are thirsty to create and gush with ideas, you will definitely like this game.

Sandbox mode with freedom of action

No hints or instructions