New World: Why getting started is so much better now than it was a year ago!

With the big update Sulfur Sands, New World just got a lot of incentive for endgame players again – a high-level area with a new dungeon and special heart gem skills to unlock! But if you think that this patch only improved the game for veterans, you are wrong: The “starter experience” in the Amazon MMORPG is now worlds better than it was a year ago. Because the developers have pre-buttoned the quests of the main story from level 1 to 25 and massively revised them. On top of that, two areas are now designed much cooler. We’ve basically gone back to the beginning with a new character and we’re really impressed. Find out in our special what has been improved – in line with the upcoming release of the Fresh Start servers, but also if you want to start over directly in established servers!

New World: New Twitch Drop is perfect for Halloween – here’s how to get it

For your hero in New World there is a spooky gift from the developers to pick up as a Twitch Drop – just in time for Halloween!

A gift from Amazon Games to New World fans, get a nifty armor set skin to match the Brimstone Sands update!

Significantly more flair, also thanks to the nasty voice-over

Right from the start (we’re still shipwrecked on the beach) the developers set the tone for the story much better. Very early on we hear the voice of corruption that wants to destroy our hope, that wants to encourage us to give up. But who would we be if we despaired? Anyway, we think it’s great that we’re getting monologues and impressions of the Big Bad of the New World story consistently right from the start. That’s how you build a relationship to the big rogue lady!

Even in the starting area on the beach, there is more atmosphere thanks to NPCs that don’t stick in place: quest givers change their location and are where it makes sense for them at the point in the story. Even if NPCs continue to not fight at our side, we meet, for example, allied AI characters that we initially met in a settlement while scouting in front of an enemy camp. It’s a small thing, but it adds to the mood. And that also reduces “backtracking” because we don’t always have to run back to quest givers because they’re in a new and closer location when we want to claim a reward. 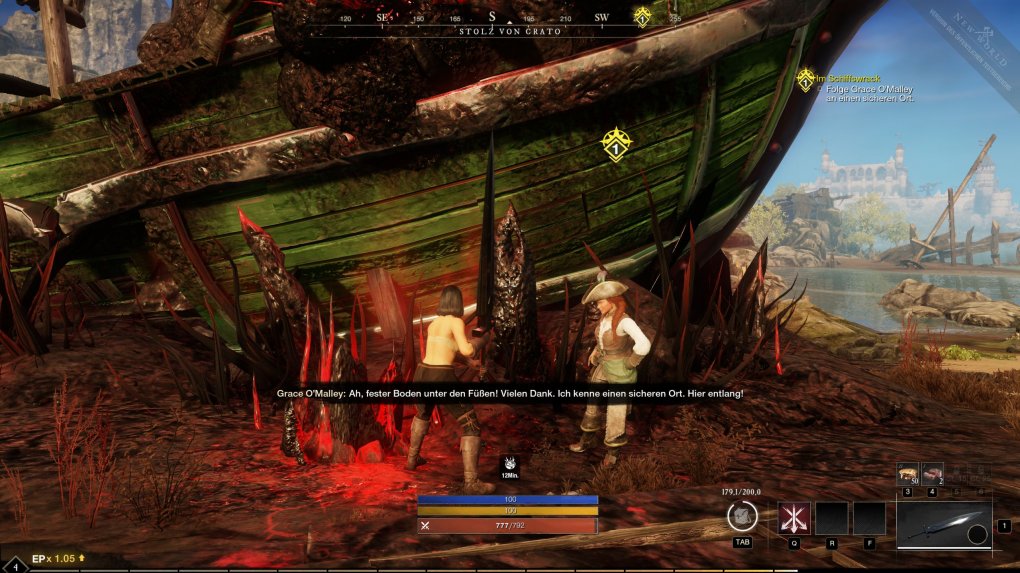 Grace O’Malley accompanies the main story and with her cheeky manner is definitely a refreshing addition to the characters in New World – most of whom have been pale so far. Source: buffed

In general, the quests and areas now make it much easier to get started. Undiscovered teleport shrines are also marked in advance on the in-game map, and there are now more than before. And so that we don’t have to rely on luck, all weapon types can be found right in the first area, just lying organically on the ground. Even as a low-level beginner, we were able to swing a greatsword without a random factor or even get hold of a magic staff.

The story: a common thread and staged in a generally cooler way

While the long distances and backtracking used to make us feel disconnected from the storyline, this is no longer the case thanks to the overhaul we’ve described. As a beginner, you can easily progress from main quest to main quest – without having to worry about leveling up or losing interest because everything is so far away. 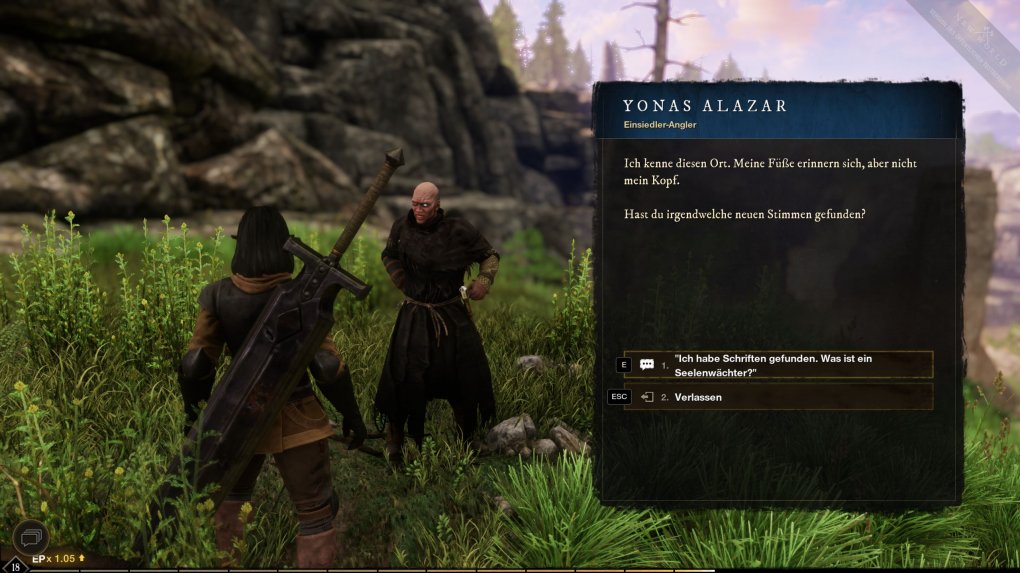 In New World, Yonas Alazar no longer just hangs out on the jetty of his fishing hut, but – like other NPCs – can be found elsewhere depending on the story point. Source: buffed

The quest fun is also loosened up by more variety in the enemy models, some of which the developers had already generally landed in the game in an update after the release, but not as part of the quests. This is how we fight lost sorcerers, undead knights, double-bladed skeletons and stone golems. 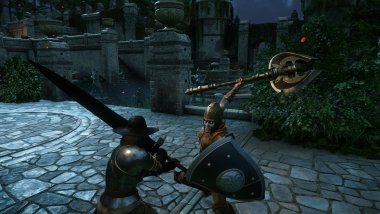 Source: Buffed The quest line in Königsfels has been about the Arthurian legend since New World’s brimstone sand desert update – with a dark twist. 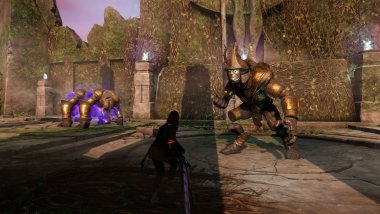 The story no longer leads you across the map, but takes place in fixed regions. So you are only on the road in Königsfels for the Arthus storyline. Meanwhile, the Soul Guardian initiation is after that, with the important character Yonas Alazar set in Everfall. The settlements of these regions – Prydwen in Pride Rock and Oxboro are hardly recognizable. 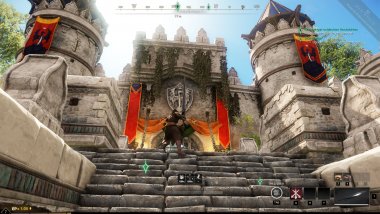 Source: Buffed No Kamelot, but almost: Prydwen in Königsfels has been a real highlight of New World since the October 18, 2022 update. 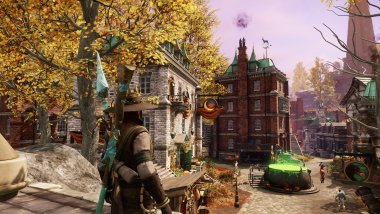 Source: Buffed The settlement in the heart of Everfall: Oxboro in New World is reminiscent of 19th-century England with chimneys and brick buildings.

Prydwen is a magnificent castle that fits the name Pride Rock. And idyllic autumnal Immerfall now has a brick town at its heart. The high walls are a matter of taste, especially if some people actually bought a house there to enjoy the view, which is no longer there in some places. Basically, we are enthusiastic about the visual revision.

The new entry quests are now in the game, but there is actually a reason to expect something: Because on November 2, 2022, new servers with a “Fresh Start” approach will be launched in New World. These are meant for all players to start over – everyone levels up again and the economy has to be built up first. Are you still waiting until then? Or would you rather start now? Tell us what you think about the “New” New World (buy now €39.99)!

Call of Duty: Modern Warfare 2 writer would like to make a game about Ghost's past

More ads in the Apple App Store next week

Black Friday: our direct to take advantage of the best offers! Only a few hours left of promotions on 4K TVs, smartphones & iPhones, bluetooth headphones at Amazon, CDiscount, Boulanger

Black Friday: proof that a cheap electric scooter can be powerful

Weekend PC Games Quiz: How well do you know GTA?